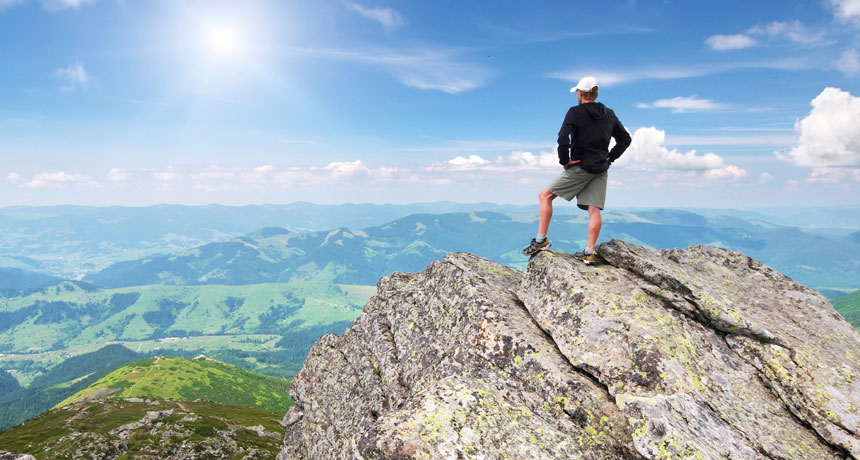 Living at Elevation: Everything You Need To Know

[color-box color =”gray”][dropcap]One[/dropcap] of the most researched categories for expats contemplating a move abroad is health. Each country and city has its own specific topics and concerns with top rated Expat destination Cuenca, Ecuador being no expectation.

Patrick Cody, from Cuenca Holistic Wellness Center, addresses in this in-depth article one of the most common health issues facing Expats living in the Ecuadorian Sierras, high elevation.  Learn how barometric pressure, altitude sickness and hypoxic conditions can affect your expat experience “Living at Elevation.”[/color-box]

If you are thinking of moving to a community that is significantly higher in elevation than you are used to, there is a lot to consider. Health issues for ‘lowlanders’ are going to be very different than for those people who grew up at elevation. The good news is that most of us adapt well (in time), and there are even some advantages to living at altitude. For those with pre-existing health conditions, however, it can put additional stress on the body. Consequently, if you are thinking of relocating to a community that is high up in the mountains, careful considerations should be made.

When trying to understand how altitude affects us we first need to understand atmospheric pressure, also called barometric pressure. This is the force that air exerts against a surface (measured with a barometer). When we live at sea level, we have the greatest volume of air above us, and this means we have the greatest atmospheric pressure or air density on us. At higher elevations there is less pressure. As a result, there are fewer molecules in a given space of air. The percentage of oxygen in the atmosphere is always the same (roughly 21 percent), but at elevation the molecules are more dispersed, less dense. This means 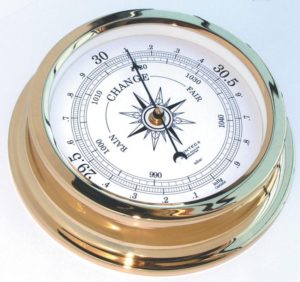 that each breath delivers less oxygen to the body. The primary cause of altitude sickness is this lack of oxygen or hypoxia. How important is hypoxia? Dr. Chris Astill-Smith, D.O. has been a brilliant clinician and instructor for over 40 years. He is most famous for his lecture on hypoxia called “Oxygen – The Ultimate Nutrient.”  In this lecture series, he explains why hypoxia is at the root of most disease states. Dr. Otto Heinrich Warburg, PhD, won the 1931 Nobel Prize in Physiology for his work in understanding the real cause of cancer. As the Director of the Max Planck Institute for Cell Physiology in Germany, he was considered one of the twentieth century’s greatest biochemists. His Nobel Prize was awarded for proving that the cause of cancer is hypoxia. There are many different reasons for insufficient oxygen. What is important to understand is that no matter what the source, hypoxia impairs the capacity of cells to utilize nutrients and remove waste. This in turn adversely affects tissue integrity and can result in disease, as well as making existing conditions worse.

We live in the city of Cuenca Ecuador, which is located about 8366 feet (2550 meters) above sea level. This puts Cuenca on a short list of large cities at the highest elevations on Earth. Mountain medicine recognizes three altitude regions that reflect lowered amounts of oxygen in the atmosphere. Between 5,000 and 11,500 feet (1,500 and 3,500 meters) above sea level is considered high altitude. Above this there is very high altitude (11,500 – 18,000 feet) and extreme altitude (above 18,000 feet). For some people, altitude sickness can occur at as low as 8,000 feet, but serious symptoms do not usually appear until over 12,000 feet. Children can experience all forms of altitude sickness at lower levels than adults.

So, while we have these automatic mechanisms that kick in when we are at elevation, if the altitude is too high or the higher elevation is reached too quickly, the adjustment can be impaired and/or difficult. For those who are already having health challenges and/or taking prescription medication this can also make the acclimatization process challenging or can cause it to be incomplete. 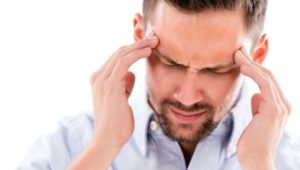 To better understand these issues let us start with the most common symptoms of altitude sickness. These include headaches, dizziness, insomnia, muscle twitching, edema, fatigue, and/or disorientation. These symptoms are usually experienced to some degree within 48 to 72 hours of rapidly ascending from sea level to higher elevation. This form of oxygen deprivation is referred to as acute mountain sickness, or AMS. The symptoms of AMS are generally worse at night. This is due to the fact that our respiratory rate decreases during sleep and results in less oxygen intake than when we are awake.

While this form of altitude sickness is quite common, there are more serious issues one should also be aware of. These are quite rare and usually experienced only by mountain climbers, but it is good to know just in case. The first is called high-altitude pulmonary edema (HAPE).It is most often seen when someone ascends too quickly (within 24 hours) from sea level to altitudes of over 10,000 feet. HAPE symptoms include fluid in the lungs, severe cough, rapid heart rate, and heavy/labored breathing. Men are five times more likely than women to develop HAPE.

The same circumstances can also cause high-altitude cerebral edema (HACE). Symptoms of HACE include visual disturbances, disorientation, confusion, severe loss of coordination, and extreme fatigue. The only remedies for both of these forms of altitude sickness are to quickly descend to lower altitude or use supplemental oxygen.

Those with Elevated Risk

Some people are more susceptible to health challenges at elevation. If you have significant health issues it may take much longer to acclimatize to elevation. It should also be noted that the higher the altitude, the greater the risk. Dr Alistair Simpson, one of the world’s leading authorities on altitude sickness, indicates that the following risk factors are most significant:

There are clearly some people more at risk than others. There are also some conditions or issues that should be of particular interest to anyone thinking of moving to (or who have already started living at) higher elevation. These include:

There are a number of things you can do to support wellness when living at elevation. They range from what can be done when you first arrive to what can be done to maximize acclimatization in the long-term. These include:

Advantages of Living at Elevation

Athletes train at altitude in order to take advantage of this natural form of blood doping (increased oxygen capacity) when they compete at sea level. While this is not necessarily applicable if you stay at elevation, there are other advantages to living high up, including:

Anyone can develop altitude sickness but not everyone gets it. Some people adjust to hypoxic conditions better than others, and the effects of altitude can vary from one person to the next. For those wishing to live at higher elevation, the adjustment can be accomplished in a matter of weeks. During this time you may experience some altitude sickness symptoms. However, there is much that can be done to reduce or eliminate these naturally. For those with pre-existing health issues it would be prudent to try to improve your well-being prior to moving to elevation. Before making a decision to move yourself and all your belongings to a new home at high elevation, it would also be sensible to test the waters for a few months, just to make sure you are a good fit for high mountain living.

Patrick Coady works with Silvana Spanò at the Cuenca Holistic Wellness Center. Ready to take charge of your health? See www.SouthAmericanHealth.com for more details on their functional approach to wellness.

Read More
PrevPreviousWills In Ecuador: Do You Need One?
NextHow To Use The New GringoTree Site: A Brief TutorialNext
You may also like