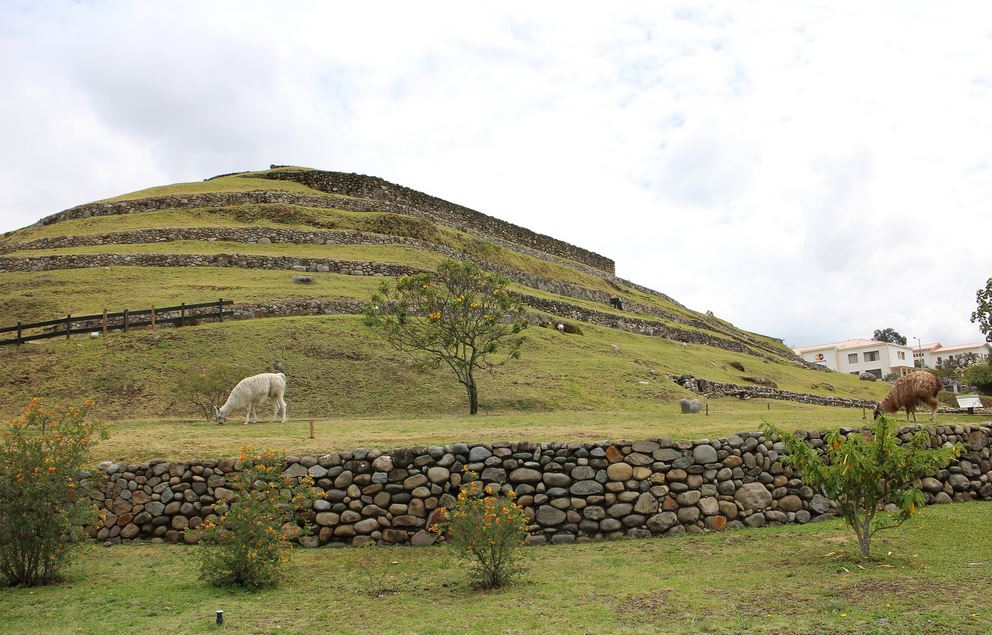 Spend a Day at The Pumapungo Museum and Archaeological Park

Pumapungo is a combination of the words “puma” (as in mountain lion) and “pungo,” which means door.

The site is found at the top of a hill above the Tomebamba River, in what is now the city of Cuenca. At the time of the Incas, this allowed Pumapungo to have a broad horizon for control and, at the same time, a solid defensive position to encounter enemies. The soils on the site are very fertile, have water in abundance and enjoy a magnificent climate. The vegetation consists of Kikuyu grass and willow, Cypress eucalyptus trees, and a wide variety of native exotic plants. 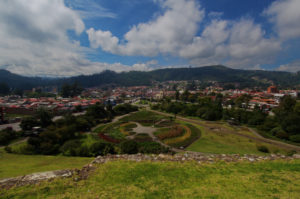 The entire site was built using mainly carved stone and adobe, and the stones and bricks were bonded with mortar of yellow earth. The interior walls of each room that were used in the Akllahuasi were also lined with terracotta. The Akllahuasi were women chosen by the Inca state to carry out important activities like spinning, weaving, cooking and preparing chicha (beverages fermented from corn) for the divinities and the elite among the Inca.

The analysis of the cultural remains found in the excavations has led archaeologists to infer that Pumapungo was designed as an area of mainly religious buildings and yet at the same time equipped with suitable infrastructure for military, political and administrative tasks.

During site excavations, more than two million fragments and whole pieces of pottery, stone, shell, bone and metal were recovered, which are exhibited in the Pumapungo Museum.

Pumapungo is a tangible testimony of the Cañari Inca culture which allows archaeologists to understand the socio-political organization that existed during the advance of the Inca Empire into Ecuadorian territory. The Museum, which was built in 1979, houses a large collection of ethnographic objects that reflects a multi-ethnic and multicultural country – clothing for everyday and festive occasions, and objects that represent the life, beliefs, rituals and symbols of Ecuador’s peoples.

There are colorful animated dioramas that show the traditional costumes of various indigenous Andean cultures, as well as Afro-Ecuadorian groups who live in the northern provinces of the country  and the inhabitants of the Pacific Coast known as “Montubios.” Ecuadorian Amazon groups are also represented in the exhibition, including some rare examples of tzantzas (shrunken heads) of the Shuar.

In addition, there is a room displaying iconography of 18th century Baroque art, landscape and customs of the 19th century, and modern paintings from the first half of the 20th century. The museum complex also has an ethnobotanical park and a center of avifauna that hosts species freed from captivity. 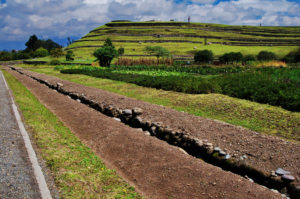 Pumapungo is located on the left bank of the river Tomebamba, 200 meters from the bridge El Vergel, in the parish of San Blas in the Canton Cuenca, Azuay province.The museum is open Tuesday to Friday 08:30-16 h 30 and Saturday, Sunday and holidays 10:00-16:00. It is located at the intersection of Calle Larga and Huayna Cápac and is closed for national holidays on January 1, Holy Friday, May 1, and December 25. For more information, call (07) 2831521.