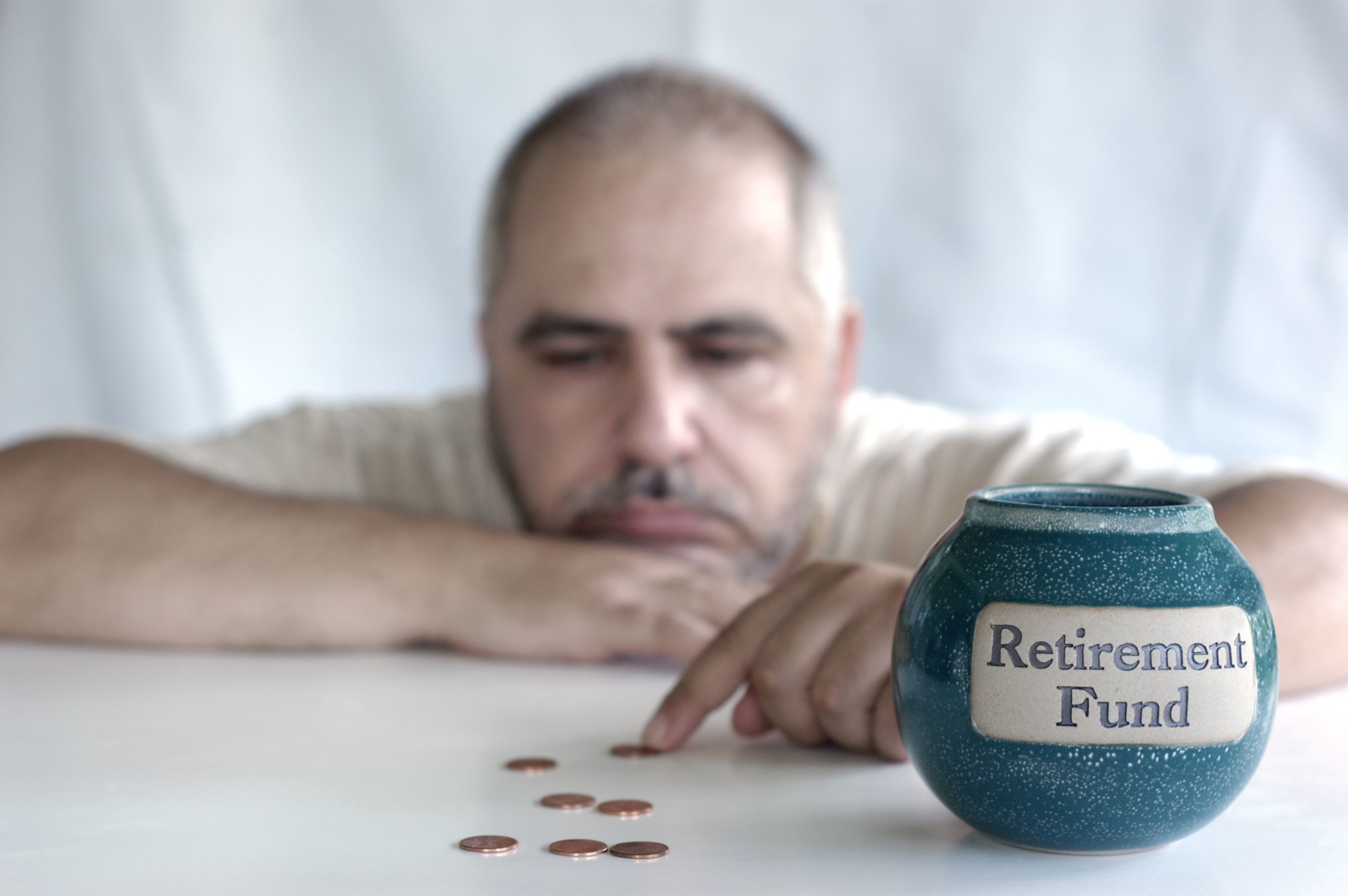 How Retiring In Ecuador Saved My Poor Ass: Story Of A Economic Refugee

[color-box color = “gray”]What do you do when you have had enough? For our self-proclaimed “Economic Refugee” retiring to Ecuador was the answer. Read on to enjoy this fun tale of discovering freedom.[/color-box]

We’ve all been there.  Working 50 hours a week, we come home late, exhausted. Grab a bag of drive-through Chinese food  that we eat straight out of the carton in the car on the way home because we’re starving having worked through lunch.  At home, we plop on the couch with a bottle of wine, lying that we will only have two drinks and watch something like the Bachelor or non-stop CNN just to tune out our day before we take our Ambien and pass out.

This was not what I dreamed my life would be like in my carefree college days at the University of Florida where my nights were spent drinking beers at my boyfriend’s frat house bouncing around to the Rolling Stones and being filled with excitement of a future career in journalism.  I was blissful with anticipation.

Forty years later, I was pushing the end of a career in fundraising looking at an empty savings account and social security as my financial future.  I’ve had fun,  don’t get me wrong.   I’ve backpacked through Europe, swam with sharks in the Bahamas, volunteered to help women in Nicaragara and Manila and rode the Canadian railroad through the Rockies.  Not bad for a girl born in Shreveport, Louisiana whose relatives think going to the natcidochos fireworks is the highlight of their lives.
[color-box color = “gray”]

So, What Went Wrong?

Nothing really.  I just did what most of us have done.  Worked, put a minimal amount in my IRA and then pilfered it, gained a mortgage, drove a functional used car, and ordered up enough internet to pay for the Louisiana purchase.

I didn’t think that medical costs would exceed my house payment, that car insurance would dictate what type of car I would drive, that global warming (yes, I believe it’s real) would jump the temperature just enough in Florida that I would be making a choice of being cool or poor (my bill average $300 in summer).  Worked long hours with stressed out people and drank to put our quarrels behind me.  And then one day I woke up and realized I was dying that slow death from a life that was sucking the breath out of me.

I had had enough.  I’d rather be dead than live one more day held hostage to a life that was bleeding me financially and emotionally.   Realizing I no longer wanted to work for mortgages, cars, health care, or to cool my house.  I wanted the freedom of my college days.  So I moved to Ecuador.[/color-box]

The decision came quick.  I woke up with yet another hangover, pulled myself out of bed and went to work.  This day, as I was being attacked by a millennial over trivial work crap, I snapped.  Having anticipated this day, I had practised my exit, and even kept a written exit strategy that I kept in my desk’s top drawer.  I walked into the boss’s office, put the resignation on her desk and in true “Master Chef” form lifted my arms and walked away from the table.

Two months later, my husband and I were  unloading five dogs and 4 bags of luggage in a 3 story house we rented for $450 sight unseen (it was beyond expectations) in Cuenca, Ecuador.

Becoming an expat isn’t easy.  You strip away your life and leave it behind.  In my case it was my beloved parents, my siblings, my nephews, friends I’ve had since high school, a neighbourhood I loved, and A JOB.  Mind you, I was not even on social security yet.

So two years later, how did it turn out?  Well, I’m free.

I totally rearranged my life in order to do it, and for the most part, it’s worked.  For my friends and countless acquaintances that ask about my life here, I can now rattle off the ups and downs in minutes.

The pros:  My healthcare is $82 a month, my rent is $450, no car needed as buses are a quarter, a taxi anywhere in town costs $3 a ride.  I don’t need air conditioning or heat because it’s pretty much 75 degrees every day.  Food is organic because they don’t import much and there are not three fast food restaurants per block to temp me.  I walk everywhere and I’ve lost what the expats call the ‘freshman 20 pounds’ – the reversal of the college trend.

The cons:  I went through 3 months of ‘grieving’ for the life I left behind, only to find the people I loved had moved on without me.  The friends I have in Ecuador are most likely temporary, as the adventurers that try this lifestyle tend to be migratory – moving to other spots to explore.  The lifetime security of friends and family had been weakened.  But as my mom once said, “really, in retirement, no one is going to help you but yourself”  I am taking her at her word.[/color-box]

In Ecuador, my Spanish is weak, but I get by.  I do things I never thought I would be able to do. Simple things, like waking up late and loitering over coffee.   I’ve taught a class on writing your memoirs and now write for magazines and blogs. Remember I went to college for this – and am just now reaping the benefits.  I take long walks by the river with friends without the heat driving me back inside, and stream Netflix long into the night.  I don’t drink – no AA needed – just got rid of the stress.  Did I mention Ambien can be bought over the counter without a prescription for $3 per month (I don’t need it anymore)?  I am finally starting to feel strong – both mentally and physically again.  And on Friday I am going zip lining.  So ha!

There’s no guns here.   Woman walk cows down the street talking on their Smartphones.  It a culture living in the naive 50s but with better technology. The country is much more civilized than I’m used to.  The Ecuadorians are about as nice as people as you can meet, unless they’re driving. The culture has a nice mix of ‘slow’ along with the burgeoning development that comes with being the number one retirement destination in the World.  There are cobblestone streets, Spanish colonial churches dotting streets downtown, and nonstop fiestas.  And there’s no mosquitos or roaches (a big plus for this Florida girl).

You can hang out here in expats bars and restaurants and many do revert to a college like lifestyle.  But I prefer a quieter life, piling in the bed with my dogs streaming Stranger Things.

My goal was to fashion a life where I could live off of $1700 a month comfortably.  And I’ve done that retiring to Ecuador.  Yes, I don’t have Taco Bell, and I don’t have a car to go through the drive-in.  When I feel bored, I volunteer or take a Spanish classes.  Missing Florida? Now I plan vacation trips with friends, rather than visiting them at their homes.  Otherwise it’s too hard to drop into their lives and I don’t like feeling like an imposing guest.

This is not an invitation for retiring to Ecuador.  But I can no longer identify with the problems my almost retired friends have.  I don’t worry about every penny.  I don’t worry about paying for health care.  I eat healthy because there’s no choice.  And I’m finally recovering from life in the states.  Don’t get me wrong – I love my home country.  But I had to get off the bottom of Maslow’s pyramid.

Sitting on my porch, looking at a beautiful view of the Spanish colonial town I’ve adopted, I sigh in relief.  It’s not the same life, but it’s a secure life.  One that all the long hours at work in the States could never provide me.[/color-box] 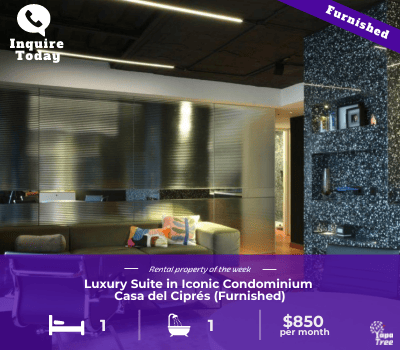 Read More
PrevPreviousHunting Pigs, Escaping Death and Finding Love in the Ecuadorian Jungle
NextLiving In Cuenca Ecuador: The Good, the Bad, and the UglyNext
You may also like