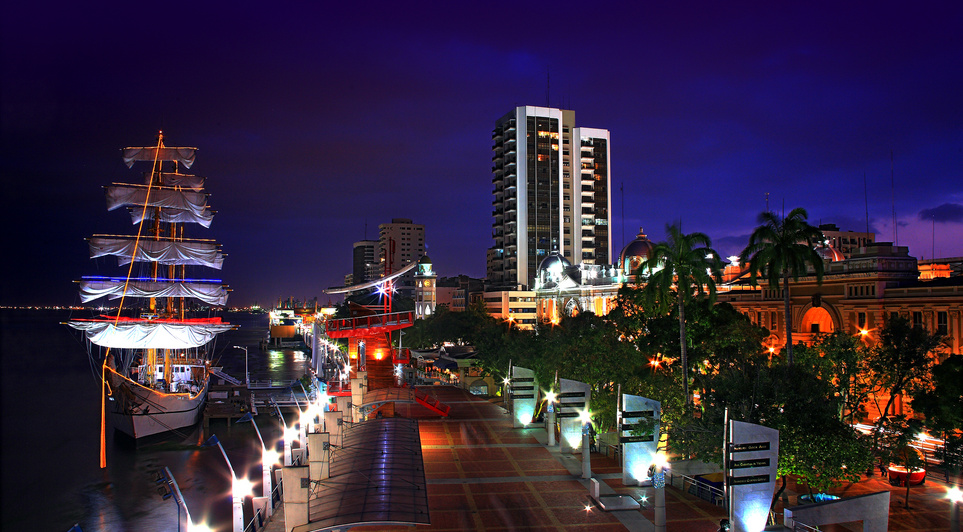 Times Have Changed! Why Guayaquil Is Not To Be Missed

The boardwalks of Simón Bolívar and Salado, the illuminated multicoloured fountains, to the iguanas that casually crawl through Parque Seminario y Centenario — This guide to Guayaquil will help you create an informed itinerary.  From Las Peñas neighbourhood, to Santay Island to Plaza Lagos, you’ll discover more of Guayaquil’s trademarks  that  make up the city “of  Lovely Palms”, as singer Carlos Rubira dubbed it in his song “Guayaquileño madera de guerrero”.

If you’re considering spending a week playing tourist read on to discover a surprising side to Guayaquil that just might have you saying ‘vamos!’.

Moving Through The Heart of Guayaquil

An economical alternative to getting to know the touristic center of Guayaquil is by using the Metrovía bus system. The easiest way to do so would be by first arming yourself with the bus system’s payment card, which costs $2, and putting money on it (minimum 25 cents, the cost of one ride) so that you don’t have to worry about carrying around loose change. On Metrovía’s website you can find a detailed map of Guayaquil’s bus routes and stops.

The Río Daule route goes from the Jaime Roldós Bus Terminal to Cerro Santa Ana and the Las Peñas neighborhood, in which you can appreciate the historic architecture of the houses, especially on the Simón Bolívar boardwalk (Malecon 2000).

If you don’t want to explore Guayaquil’s emblematic places without a guide, you can always opt to take a ride on one of the Guayaquil Visión buses. These double-decker buses run circuits of about an hour and a half around the city, and cost $6 for adults and $4 for children, seniors, and those with disabilities.

The scenic bus route begins in the Plaza Olmedo del Malecón Simón Bolívar, next to the Club de la Unión, goes through the tunnels threading Cerro Santa Ana, and continues through some of the most important neighborhoods in the northern part of the city, such as Juan Tanca Marengo and Francisco de Orellana, and in the city’s center, like Boulevard 9 de Octubre. The cost of the ticket includes snacks and beverages. The buses run from 10:40 a.m. to about 7:10 p.m.

In order to better appreciate the beauty of the Guayas River, go for a spin on the pirate ship Henry Morgan. Tours are at 12:30, 2:00, and 4:00 in the afternoon. These family-friendly tours cost $7 for adults and $5 for children and seniors. The ship leaves the pier on the Simón Bolívar boardwalk and it’s smooth sailing until it arrives at Sucre Street.

Several large cities like London , Paris and Singapore have a wheel that became a tourist reference to the international level . On Wednesday October 26, 2016, Guayaquil added to that trend by opening its own giant wheel known as ‘La Perla’ ,

Located on the Malecon 2000, this attraction joins other sites like Puerto Principal for local and international tourists to explore.  The wheel is 57.5 meters high, equivalent to a 18 – story building,  and is strategically located between the north side of the Malecon 2000 and the Guayas River.  At night time the wheel is decorated by as many as 10,400 LED lights.

The intention is that the wheel will become an icon of Puerto Principal and position Guayaquil among other major cities . To do this, the attraction will integrate other elements of the new concept of entertainment along the river. Its 36 cabins are designed to offer a panoramic view of the city.  The intention is that each cabin has its own unique viewpoint. Therefore, the speed to complete a full circle is greatly reduced. It is estimated that each round lasts approximately ten minutes. Each capsule can accommodate six people (with an average weight of 75 kg each). It also has air conditioning, free ‘wifi’ and a communication system that will explain the relevance of tourist sites around the city.

From the height one can observe, among other sectors, the Malecon in all its magnitude, Cerro Santa Ana, the neighborhood Las Peñas, the Guayas River, the island Santay and The Point building, the tallest in the city. The view is illuminated at night making ‘La Perla’ a great way to kick of  of your evening.  Deputy Mayor of Guayaquil, Domenica Tabacchi, described in four words the meaning of ‘La Perla’ for the city: movement, tourism, light and joy. 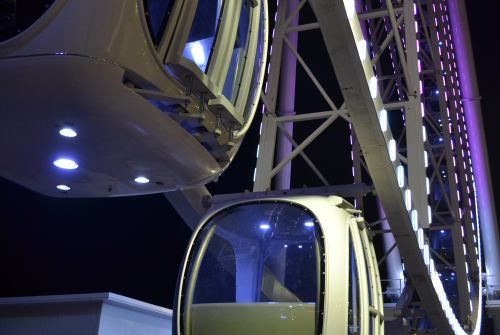 The Softer Side of Guayaquil: Coming In Contact With Nature

If you’re looking for some time spent in nature, a good alternative is Cerro Blanco Forest, which harbors 54 different species of mammals and 221 species of birds, including the Guayaquil Parrot, within its borders.

The only public bus that will get you here is the Chongon line, which departs from Avenida 10 de Agosto and Antepara. You can also take a taxi from the Bus Terminal or the airport, but it will cost you about $15. 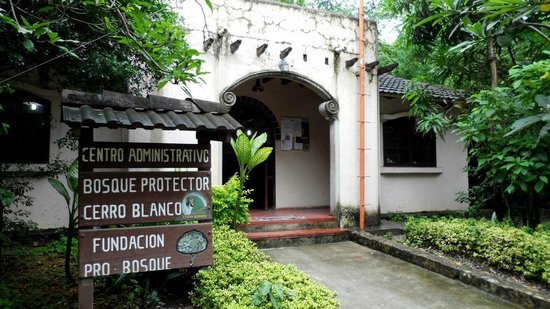 The entrance fee to the forest is $3 for children (up to 17 years of age), $4 for adults and college students, and $2 for seniors. The paths that run through the area vary in their length and the kinds of flora and fauna that can be seen from the path. For the shortest path, no guide is necessary, as walking it will only take about 20 minutes.  If you want to take the Howler Monkey Trail (so named because of the likelihood of seeing this animal from the path), you will need to hire a guide and set aside about four hours.

This natural haven also offers campgrounds with security, which lie in the shade of the forest, complete with bathrooms and designated areas for grilling and bonfires. The fee for camping is $25 per day.

Another ecological alternative is Santay Island, in the southern region of Guayaquil. A 678-meter bridge crosses the river from the city to the island. To cross, you can rent a bike for $5, although you can also go on foot. It will take about 30 to 40 minutes to cross the bridge and arrive at the center of the island. 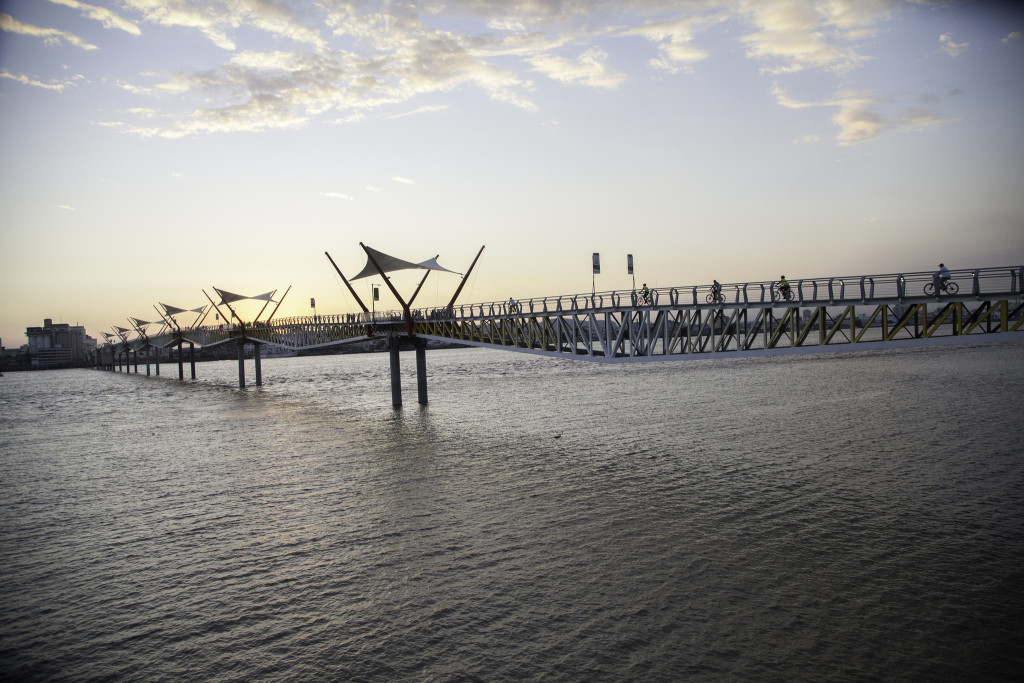 The island community offers traditional coastal dishes for around $2. Here you will see mangrove trees, many bird and insect species, and have the opportunity to see a crocodile sanctuary, which contains quite a few of this species in their natural habitat.

If, apart from your interest in the natural aspects of Guayaquil, you are also in need of ecologically-minded accommodation, El Manso Boutique Hostel, which faces the Simón Bolívar boardwalk from Calle Aguirre, is characterized by its Recycling Fairs, its sale of recycled products and organic foods, and its vegetarian menu which contains national ingredients such as quinoa, chocho, and other vegetables untainted by GMOs. The menu’s offerings cost between $5 and $10, and the restaurant is open until 10 p.m.

The hostel has sixteen rooms, which range from $17 per person to $36, depending on the type of room. If you choose to stay here, don’t miss out on the guided city tours which they will organize for you for the price of $30, which includes food.

The Art And The Port: A Marriage Of The Historical And The Aesthetic

The tourist interested in a comprehensive tour of Guayaquil should make an effort to focus on the city’s artistic side. Guayaquil has fourteen museums, the majority of which have free entrance and are located in the historic center of town.

If you decide to visit Santa Ana Port (behind the neighborhood of Las Peñas, in the center of the city),  you will find three museums vying for the same space: the Julio Jaramillo Museum of Popular Music, the Beer Museum, and the Museum of Shipyard Equipment.

Furthermore, there are plenty of places to stay in this area as well. In Santa Ana Port, there is the Mansión del Río, an English-style home which was converted into a hotel six years ago, built almost a century ago by the British Ashton family, who owned the Cervecería Nacional.

The European style of the hotel’s decor is complete with antique lamps and sideboards, as well as frescos and black and white photographs lining the walls. There are twelve available rooms, which  start at  $95.

Nighttime entertainment is the best when accompanied with good food. If you visit Santana Hill, on stair 10 you will find Diva Nicotina, where you can enjoy jazz, blues, and alt rock shows. Entrance is $10. Once there, order the bandeja guayaca, which costs $15 and comes with muchines and green chili, potato, and corn empanadas.

In the Zona Rosa, another option for a good time is the Guayaquil Social Club, a bar located on Calles Rocafuerte 304 and Loja. Here there is no entrance free. One of the chef-recommended entrees comes with coconut shrimp, Roman-style shrimp, artisanal potatoes, and two homemade salsas ($8) or the vegetarian hamburger, made of zucchini, eggplant, quinoa, and oats, as well as various garnishes and salsas. 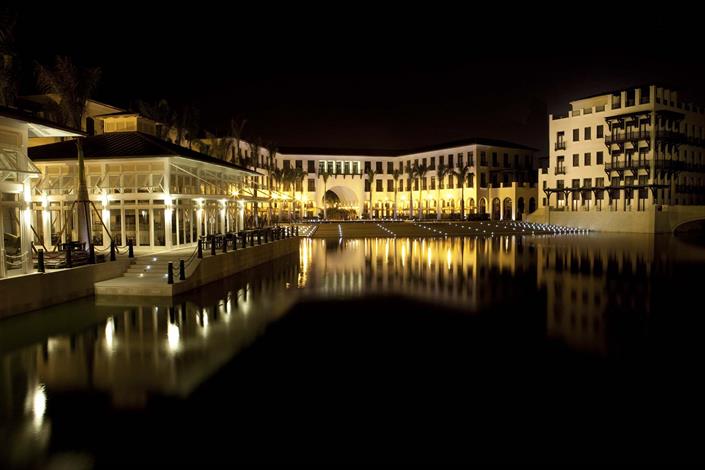 Plaza Lagos Town Center in the Samborondon sector is another incredible spot that features some of Guayaquil’s top restaurants. For an incredible culinary experience grab a seat on the patio at Embarcadero 41 and choose from a large selection of Peruvian cuisine. If Peruvian food isn’t your thing, many of the top restaurants from Trip Advisor call Plaza Lagos home.  El Corte Steak House, Mikka, La Boca del Lobo,  Alago Gastrobar and many others are all situated throughout the square and each one offers incredible views of the lagoon and boardwalk areas.  After your meal there is no reason to rush out of there. Visit Isla Lagos and watch a show in the amphitheater or stroll along the boardwalk while you take in the sights and sounds. You can’t visit Guayaquil without a stop by Plaza Lagos. Cabs generally run from $5-8 each way if you are staying near the airport.

If any of these recommendations have convinced you to travel to Guayaquil, consider the value of each idea and give priority to whichever you feel you can’t miss, so that the two days of the weekend do not end up being too short.

[color-box color=”gray”]Did you enjoy our guide to Guayaquil? Have you been ? What where your favourites? Let us know in the comment section below[/color-box]

Read More
PrevPreviousBored in Cuenca? Try One of These Six Sporting Adventures
NextLearning Spanish? Me Too! – Five Important Life LessonsNext
You may also like