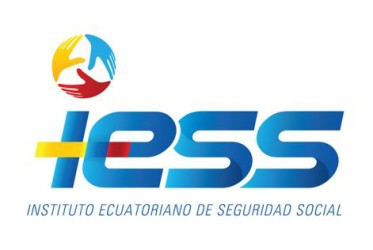 Insured By IESS? Make Sure You’re In Their System!

Being a basically healthy person, I never used IESS services until I truly needed it. Two weeks ago my wife drove me to Cuenca from Yunguilla, where we live, to the emergency room at the IESS hospital. On the way in, my chest pain became so severe that we stopped at the nearest hospital, Monte Sinai, to get immediate assistance.

We were asked to stay overnight for observation with not much help or attention at all throughout the night; however, we were charged over $500 for emergency room services I never received. The real horror started when we tried to enter the IESS hospital, which simply refused my admission since, according to their “system,” we didn’t pay our monthly dues. We have an automatic payment arrangement with Banco Guayaquil (as IESS requested) to pay our dues every month but the “system” somehow failed.

For a few months in 2014, everything was fine. However, starting in January 2015, IESS began withdrawing amounts other than agreed upon — without us changing the original agreement or them (either the bank or IESS) informing us about it. Since the sum was just about $80, it didn’t get our attention until we tried to check into the hospital.

In short, it took over a week of being in excruciating pain, two lawyers, several well-connected friends, dozens of phone calls and trips to the bank, visits to IESS, spending a night at the emergency room of the public hospital (that provided much better care than at Monte Sinai!), just to fix an obvious mistake of the IESS “system.” The alternative was to get the badly needed heart procedure done privately, paying $9000 with not a chance to ever be repaid by IESS.

If you are insured by IESS please, for your own good, find out the exact day you need to pay your fee, exact amount (or amounts) to be paid, and do it in person at your bank. Keep the receipts handy and occasionally check into the IESS emergency room for whatever reason just to make sure that you are in “the system.”

IESS operates TWO systems — you may be in one but not the “correct” one so, according to “the system” you may not be insured, period! Regardless of your arrangements, written contracts or instructions, if something goes wrong it’ll be your fault, never IESS’ or the bank’s, trust me on that! There will be nobody to talk to or relay information to in order to clear mistakes of “the system” and you’ll be…on your own.

I’m recuperating now (and happy to be alive) but from now on we’ll do what our Ecuadorian friends suggested:

Read More
PrevPrevious8 Awesome Things To Do in Baños, Ecuador
NextHow Did I Get Here? My Galápagos Dream on a DimeNext
You may also like