The General Directorate of Culture, Recreation, and Knowledge of the Municipality of Cuenca is pleased to invite you to this retrospective exhibition of Tomás Galindo Pazán’s pictorial work, entitled “RE-BORN”. It’s a comprehensive museography of Galindo’s last 30 years of pictorial artwork, through a chronology comprehending various dimensions of the artist’s life.

The exhibition will be inaugurated on Friday, January 27 at 7 pm at the Municipal Museum “Antigua Escuela Central” (Benigno Malo y Gran Colombia). We look forward you to joining us; there will be an inaugural conversation and opening, and the Artist speaks fluent English.

Tomás Galindo Pazán was born in Cuenca, Ecuador in 1986. He studied art at the Academy of the renowned Cuencan artist Eudoxia Estrella Ordóñez for 13 years, between 1990 and 2003; Later, he obtained his Architect’s degree with honours from the Faculty of Architecture and Urbanism of the University of Cuenca in 2011, as well as his Master’s degree in Bioclimatic Architecture, Comfort and Energy Efficiency from the same Faculty in 2017; likewise in 2013 he obtained a level 11 SCQF Postgraduate Certificate in “Advanced Sustainable Design” from the University of Edinburgh, Scotland. He is also a polyglot, with native or bilingual proficiency in English, French and Italian.

In his professional career, in addition to being an independent Artist and Architect, he has worked as a Researcher in the LlactaLAB Sustainable Cities Research group at the University of Cuenca, and as an undergraduate and postgraduate Professor at the Faculty of Architecture and Urbanism of the same University, dictating the subjects of Architectural Projects Workshop, Manual Graphic Expression, Sustainable Design and Scientific Research Methodologies. Likewise, he works as a foreign language teacher.

During his period at the Academy, Galindo he has carried out more than twenty collective exhibitions between the Larrazábal Art Gallery and the Municipal Museum of Modern Art of Cuenca, later he carried out several individual exhibitions for the Expat community, and has coordinated and curated several individual exhibitions of his authorship, among which stand out “METACHROMATICS”, January 2015 in the Gallery of the Mayor’s Office of Cuenca, organized by the Directorate of Culture of the Municipal GAD of Cuenca; “ATTRACTION”, March 2015 at the Paul Cézanne Gallery, organized by the French Alliance of Cuenca; “GIOCO”, June 2015 in the People’s Hall, organized by the House of Ecuadorian Culture, Núcleo del Azuay; “ALPACAS”, October 2017 at All Things Alpaca Ecuador, Cuenca. Several collective exhibitions also stand out, as with ArtCuenca (2012-2013) and Gran Colombia Suites (2017), the most recent being the traveling collective exhibition “FIAT LUX” (Let there be light), debuted in 2019 within the framework of the Festival of the Arts Live from Loja; in addition to continuous showrooms in prestigious design stores and hotel and gastronomic institutions. His artwork is in several private collections. 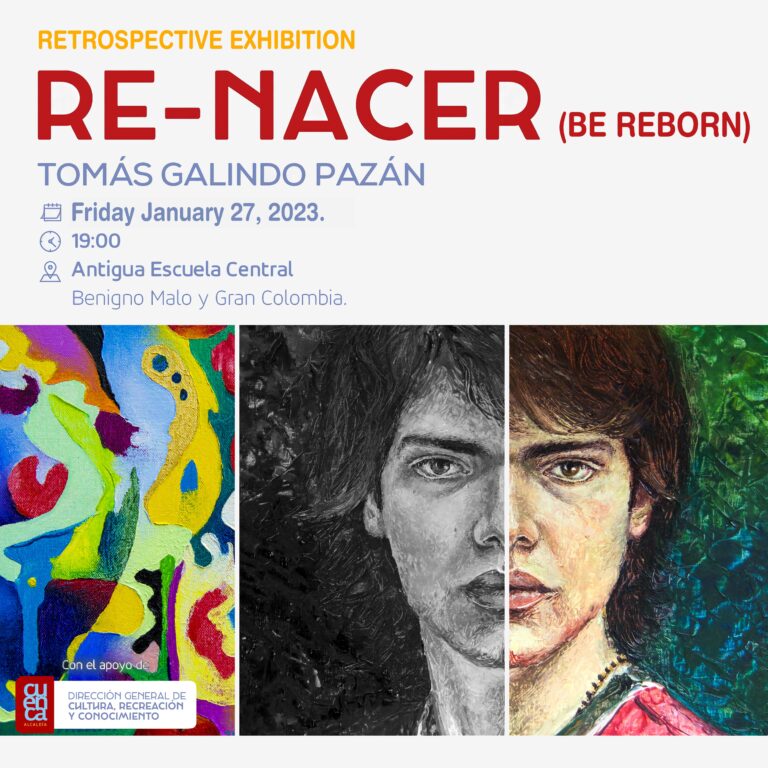