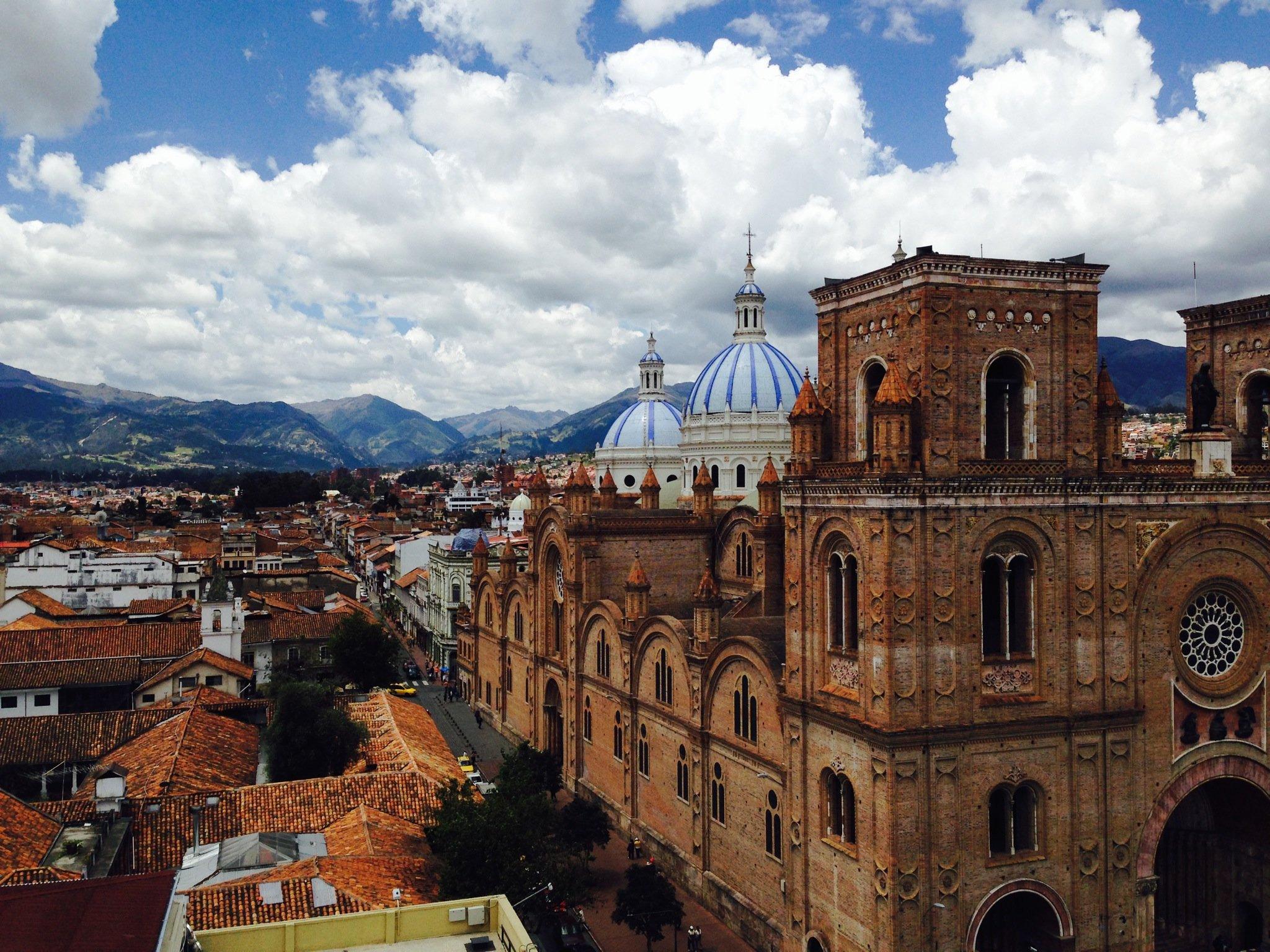 Back in 2008 and 2009, three influential magazines published highly complimentary articles about the relatively undiscovered Ecuadorian town, Cuenca, that set off an explosion of foreigners moving there. Choosing a city rather than a country for the first time ever, International Living rated Cuenca as the world’s #1 retirement destination. Germany’s influential Stern magazine rated Cuenca as the top city in South America for foreign retirees (“expats”), while National Geographic included it in their list of the world’s top 50 historical cities. Not to be outdone, in 2010, Lonely Planet’s “Best in Travel Guide” included Cuenca among its top ten “must-see” cities. Whew…that was a huge amount of positive horsepower driving expats to either visit or move to Cuenca, but does the city live up to its larger-than-life reputation? My wife and I spent a month there to find out for ourselves the true story behind the Cuenca legend.

First, I need to get out of the way the fact that, as so often happens, the glowing hype we had read about Cuenca’s “visually stunning, European-style charm” didn’t match what we observed. To our eyes, Cuenca looked OK, but it was not particularly beautiful or “Europe-like”. In fact our first impressions were shaped by the heavy volume of traffic on the main streets, including a steady stream of black-smoke-belching buses, mixed with innumerable yellow taxis, cars and trucks honking their horns regularly as a sort of audible driving sensor. Many buildings, even in the vaunted UN World Heritage historic center of town, looked worn and in need of painting, patching, and graffiti removal. So our first impressions were a bit of a let-down. Over time, this feeling changed.

After spending a month walking around much of this town of 500,000+ inhabitants, talking to local residents and media veterans, and touring most of the popular places surrounding Cuenca, we have reached what I feel is a more balanced, but positive view of why Cuenca deserves to be considered as an overseas retirement destination.

To begin with, Cuenca has many attractive features: pleasant, plant-filled plazas, four cascading rivers, 52 churches with generally beautiful interiors and surprisingly varied exteriors, a scattered assortment of nicely painted and architecturally compelling buildings and  a ring of green, frequently cloud-draped mountains framing the town in almost every direction.

Even more important than the physical appearance of Cuenca is the most attractive feature of all: the Ecuadorian people. In all my travels, I have to think hard to find a group of folks more friendly, kind and welcoming than the Ecuadorians we’ve met. Strangely enough, my pre-visit research warned of crime (mainly petty theft), and yet we have found ourselves walking throughout the city without any fear. Many of the single family homes have electric wire security fences, and nearly all significant businesses have armed security guards, but based on our daily travels throughout the area, Cuenca deserves its reputation as a safe place for expats to live. In addition, we appreciated the fact that wherever we have gone, from crowded markets full of poor people to upscale areas, we have always felt completely comfortable mixing with the Ecuadorians around us—free from any stares or negative nuances of any sort; instead we’ve always felt a reassuring sense that the people accepted our presence without reservation.

So while there is a lengthy list of positive features that attract expats to Cuenca, the low cost of living is the main consideration. Where else does a taxi ride across town cost less than $2, while a new condo with a mountain view, fully furnished, rents for well under $800 per month, and $2.50 buys a full meal with a fresh juice drink, a bowl of vegetable soup, a plate of rice and chicken (or meat) with a small side salad and a small dessert? US retirees generally can afford to live here, with an above-average standard of living, on just their Social Security income. In addition, the city is remarkably clean, the quality and quantity of restaurants will satisfy almost any palate, the climate is mild (though I’ll warn you that it rained and was surprisingly cool almost every day in January while we were here), and medical care is inexpensive, high quality and readily available.

Another major factor in drawing and keeping expats here is the strong social scene; one study ranked Ecuador as the #1 place in the world for expats to make friends with locals and other foreigners, and this would be especially true in Cuenca. Although no one knows the exact number of expats living in Cuenca, the best guess as of early 2017 is around 5000, up from just a few hundred ten years ago. As found on the local expat media sites (see listings below), there is a dizzying array of activities for expats to get involved in, ranging from yoga, fitness classes, hiking clubs, writers groups, church meetings, live music venues and much more. During our first week, we savored the acoustics of a free symphony concert in the central plaza’s oldest church. Twice we upped our jazz appreciation by attending high-caliber performances at the elegant Jazz Society of Ecuador venue downtown. The active social scene and low costs are big pluses.

So given the many attractive features offered by a life in Cuenca, why do expats live there only 3.5 years on average? As Neil Mailer at GringoTree explained: “Cuenca is a great starter city for expats moving overseas for the first time. After getting adjusted to life overseas and figuring out what they like and don’t like, some people move on to other places that sound appealing.”  I frequently heard that when many expat couples move here, they get divorced because of too much togetherness, or because one person loves it here and the other hates it. Many expats can’t handle the language barrier, the cultural differences, or even the altitude that averages well over 8000 feet. Others get pulled back home by grandkids, homesickness or boredom. As Cathy T. said, “Being an expat can be a lot of work, thrilling, fun and frightening all at the same time. Life here is different than in the US, that’s for sure.”

After our investigation of life in Cuenca, what conclusions have we reached for ourselves and what advice would we give others considering moving to Cuenca? I agree with David Morrill at CuencaHighLife when he says, “Anyone considering moving here should first come to visit and spend a few weeks, preferably a couple of months before making a final decision.” Doing plenty of preliminary research is important, and fortunately there is a wealth of valuable expat info on the resources listed below. But nothing takes the place of experience a new place first-hand.

Could we live there?  We’re not sure, but we would consider the possibility, at least part time. For those who face financial constraints, or who seek either adventure or simply an escape from whatever annoys them back home, Cuenca offers a very attractive option for good-quality, low-cost living. Is Cuenca still the world’s top retirement place? That’s hard to say, but it definitely deserves serious consideration by anyone looking to retire overseas.

Enjoy the adventure of living life more fully wherever you are.

Doug Hansen is a travel writer and photographer in Carlsbad, CA. See more photos and articles at  www.HansenTravel.org or Instagram  @doug6636.

CURRENCY:  US coins and bills are exclusively used in Ecuador.

WHEN TO GO:  Even though Ecuador is on the equator, the high altitude of Quito and Cuenca results in some chilly weather. The dry season (summer) runs from June to September and the wet season (winter) is from October to May.

Doug lives in Carlsbad, CA, and has lived, worked or travelled in 80 countries. Doug has been doing photography since 1968, with an emphasis on his passion for nature and travel. He has an international MBA from Thunderbird, a degree in Accounting, and has been a financial adviser for over 10 years. Three times in his life he have set off with a backpack and travelled for over a year with an open agenda. Those special travel experiences gave him a tremendous sense of joy, peace and aliveness. You can read more about my journey at http://www.hansentravel.org/

Read More
PrevPrevious8 Books That Will Help You Get To Know The Real Ecuador
NextSalinas, Ecuador: Affordable Beach Condos Under $53KNext
You may also like