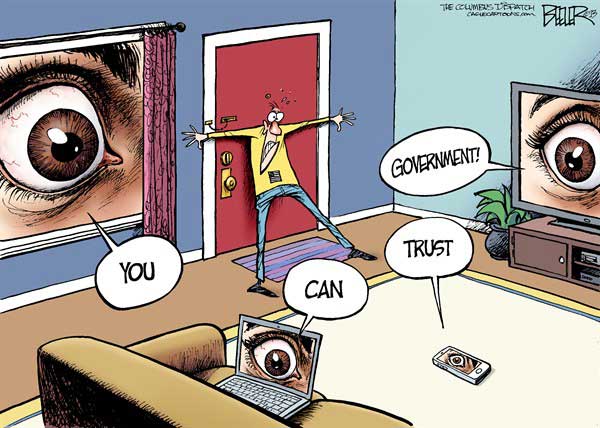 Who Do We Trust With Our Health?

In a highly complex world, full of conflicting information, vested interests, and rapidly changing morals, we must rely on people and organizations that we can trust. Trust, according to the Merriam Webster dictionary, is the “belief that someone or something is reliable, good, honest, effective.” So, how do we come to these conclusions?

According to counselling psychologist Silvana Spanò, B.A., M.A., “how we come to believe something is based more on our existing beliefs than any additional facts. In other words, we can have a vested interest in continuing to believe what we believe in … we often ignore information that contradicts what we already hold to be true. We can also interpret information we do allow ourselves to access so that it reinforces our existing beliefs. Someone who has a vested interest in trusting authority, for instance, interprets facts very differently than an independent thinker.” One deems that authority should be trusted, even if there are reasons that call that trust into question, the other feels that once trust is broken, the ability to experience a reliable, honest, and effective two-way relationship has been compromised. When it comes to our health, this can have far-reaching implications.

At this time, we have come to trust various persons, organizations and companies that have vast power, wealth or authority, including the Food and Drug Administration (FDA), the American Medical Association (AMA), the Center for Disease Control (CDC), the American Dental Association (ADA), the World Health Organization (WHO), the Environmental Protection Agency (EPA), peer-reviewed medical journals, WebMD, Wikipedia, Monsanto, Pfizer, Novartis and others. In general, our trust is implicit. The vast majority of us do not question if one, or all, of these organizations are worthy of our trust. After all, these are the leading professionals and organizations that form the very fabric of modern medicine. Their perspective is the dominant viewpoint, and it is reinforced in movies, TV, by government, multinational corporations, medical associations, and respected members of academia. These are some of the leading forces at play in the world today, and they have our collective and personal health in their hands. How can we not trust them? Or more importantly, what does it mean if we no longer believe they are honest or hold our best interest?

Jonathan W. Emord is a brilliant attorney of constitutional and administrative law. He was the attorney at the Federal Communications Commission during the Reagan administration and is a celebrated and influential authority on the subject of constitutional jurisprudence. Emord believes that there is an association of corporations, government agencies, and individuals that are not only dishonest, but that this dishonesty is “chronic”, “unrepentant”, and on occasion even “belligerent”. His work and the diligence of many others show that our so-called allies are openly working together to achieve the following:

Many people are communicating these facts. Emord does so in five critically acclaimed books: “Freedom, Technology and the First Amendment”; “The Ultimate Price”; “The Rise of Tyranny”; “Global Censorship of Health Information”; and “Restore the Republic”. I believe these are essential reading for anyone interested in fully grasping the scale and complexity of what these various organizations that run the “business of sickness” are doing in the world today.

Want to take Jonathan Emord to task for his message? You better know your facts. He has a remarkable track record that includes defending the public successfully on eight separate first-amendment breaches of law by the Food and Drug Administration, including the landmark Pearson vs. Shalala decision. Here, the FDA lost against plaintiffs who were censored for making health claims based on published and respected research. Despite losing the case, the FDA said it would “never abide by the ruling”… and it still hasn’t to this day.

How many times do we need to see an organization breach or flout the law before we lose trust in its capacity to be fair, impartial, or worthy of our continued support? The FDA is only one of dozens or organizations that Emord and others expose as dishonest. The famous philosopher and mathematician René Descartes is quite clear on this matter: “the senses deceive from time to time, and it is prudent never to trust wholly those who have deceived us even once”.

How Is This Possible?

But this is preposterous. Even if all these agencies are working against our best interests, as Jonathan Emord and many others purport, how could they pull it off? Access to information is only a fingertip away, and things can be verified and double-checked. Well, according to award-winning investigative journalist Sharyl Attkisson, this is where things get really interesting. Edward Snowden recently brought to light the capacity of the United States government and colluding multinational corporations (National Security Agency, AT&T, etc.) to conduct massive surveillance in breach of both domestic and international law. Attkisson shows us that many of the same players — some directly involved in medicine — have the same extraordinary capacity, only this time to misinform us. They can do this pretty much on any topic they want, even if independently researched.

Her investigation shows that, in fact, an entire universe of misinformation has been fabricated. According to Attkisson this includes, “what sites come-up first on Google; bogus Facebook and Twitter accounts, doctored Wikipedia pages, slanted sites such as WebMD; phony research that is peer-reviewed, and even what your licensed doctor says”. She calls this artificial reality “astro-turf, or fake grass roots”. Its sole purpose is to hide or distort the truth. Attkisson’s research is a powerful introduction to the newly emerging (and somewhat overwhelming) list of revelations about the capacity (and audacity) of various leading organizations, individuals, and government agencies. Interestingly she gives tips on how you can spot this “spin”. Attkisson says to look for, “use of inflammatory language such as crank, quack, nutty, lies, paranoid, pseudo, and conspiracy. Astroturfers also claim to debunk myths that are not myths at all… and tend to reserve all their public skepticism for those exposing wrongdoing, rather than the wrongdoers. In other words, instead of questioning authority, they question those who question authority.”

What Can We Do?

Our beliefs are fashioned by what we allow ourselves to see, as well as by the absence of information we refuse to input. We also feel the pressure to conform in order to prevent ridicule, and even job loss. This and the current mainstream education systems and media keep most people from questioning authority. But what if, upon closer inspection, we see that those agencies/people that manage healthcare globally, are not as good, true, reliable, or honest, as we had thought? In the past these powerful organizations could hide their corruption and/or silence their detractors. While this is still at play today, evidence is getting out and people are beginning to question the status quo. The recent United States House of Representatives vote to ban States from labeling GMO foods is just another example of why we need to question authority and reassess who has our best interests at heart.

A growing minority has begun shifting allegiance to people and organizations that are looking out for our best interest. At the end of the day, we do this by coming back to ourselves. Only by taking responsibility for our health, becoming informed, and being truly involved in our lives, can we discern who deserves our trust. The transformation of our society into a more ethical and healthy one depends on these private acts. One person at a time, we can help ourselves and our community.

Patrick Coady works with Silvana Spanò at the Cuenca Holistic Wellness Center. Ready to take charge of your health? See www.SouthAmericanHealth.com for more details on their functional approach to wellness.

Read More
PrevPreviousThe Best Cafés for Working Remotely
NextFreedom of Expression in Ecuador: The First Right To Go?Next
You may also like