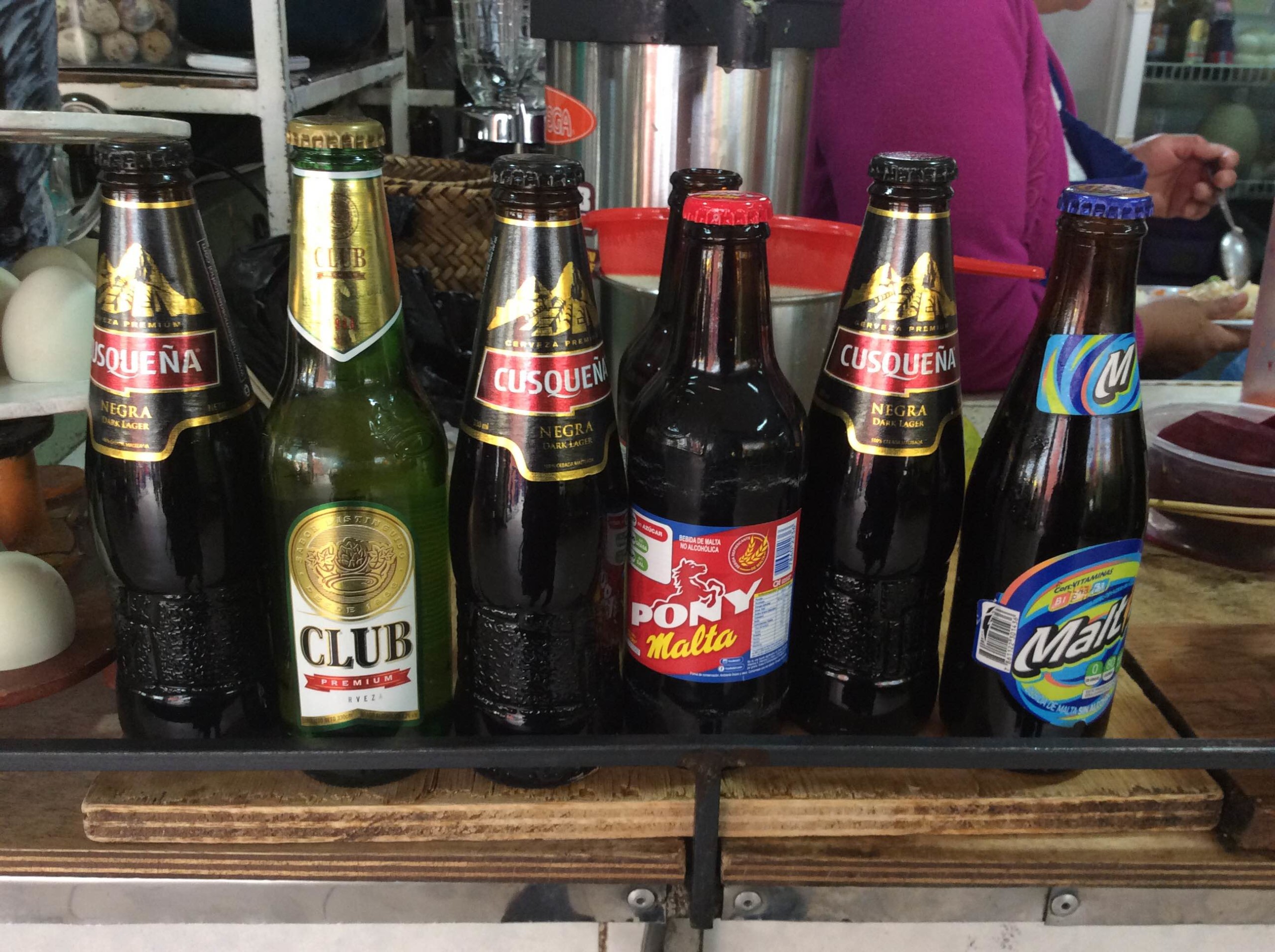 Quench Your Thirst with these Typical Ecuadorian Beverages

If you have ever been to Ecuador, you’re aware of the astounding variety of fruit juices available on street corners and in the mercados and you’ve hopefully sampled a few. However, there are often so many unfamiliar fruits and ingredients in these drinks that trying them seems a little too adventurous for the faint of heart. Aside from fruit drinks, there are many other kinds of beverages frequently enjoyed by Ecuadorians that may or may not be unfamiliar to visitors. To solve this problem and hopefully give you an injection of confidence large enough to try something new, we’ve created this small guide to help you to identify (and enjoy) many of the most common Ecuadorian beverages. 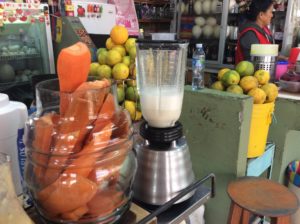 The jugos most often found in the mercados are made with locally-grown fruits, water, and a hearty dose of sugar. You can always ask for less or no sugar if you prefer your juices to be less sweet. Some of the most common are naranjilla (small orange fruits with a lime-rhubarb taste), tomate de árbol (a mild flavored red fruit), mora (a more tart cousin of the blackberry), guanábana (a large, spiky fruit with a mild melon-like flavor), coco (coconut), maracuyá (passion fruit) and papaya. Another way to enjoy these drinks is to order them as a batido, which contains milk instead of water. 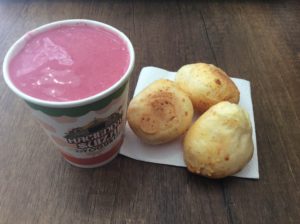 Yogur, a kind of drinkable yogurt, is sold at many small storefronts and generally comes in flavors like mango, banana, and mora. These are typically enjoyed with pan de yuca, small warm rolls made from the yuca root.

One of the most commonly consumed type of drinks in Ecuador, especially at meals, are sodas, or gaseosas. The most popular are Coca Cola and Fanta, but there are also many other brands which are less familiar to travelers from North America and Europe. 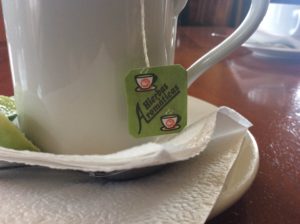 Teas, locally known as aromáticos, hot chocolate, and coffee are also popular drinks in Ecuador. However, despite Ecuador’s status as one of the largest coffee producing countries, most locals drink instant coffee, but there are many cafes that sell coffee from provinces like Loja in the south of the country.

Chicha is a traditional drink found in many Andean countries, especially in smaller villages, made from fermented maíz (corn), rice or yuca (manioc). In some rural parts of Ecuador, chicha makers (typically women) chew the ingredients and spit them back in the pot to begin the fermentation process. However, there are also varieties of chicha that are made without this unique process being involved. 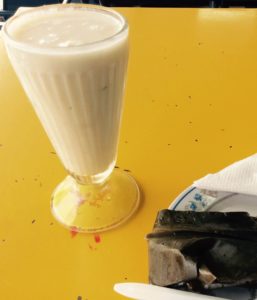 On cold nights and during festivals, canelazo is a hot alcoholic drink made from aguardiente, typically Zhumir (an Ecuadorian sugarcane alcohol), boiled water, lemon, sugar, and cinnamon. Another warm drink is morocho (shown at right), made of mote (a kind of corn) and milk, which is often enjoyed at breakfast. 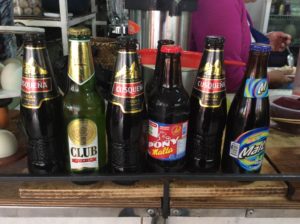 There are two main brands of beer in Ecuador, which are both pilsner-style brews: Pilsener and Club. Club also makes both a red and a black beer. Both Cuenca and the capital city, Quito, have a few local microbreweries, but Pilsener and Club are ubiquitous. The nationally-produced rum is good and cheap, and is used often in Cuba Libres and mojitos.

This is only an overview of the typical drinks of Ecuador, and is not to be considered comprehensive. The regions vary to differing degrees in typical food and drink, but most of the drinks described here are fairly common throughout the country. Now that you can consider yourself a bit more educated on the subject, be sure to try something new next time you’re out and about in Ecuador. 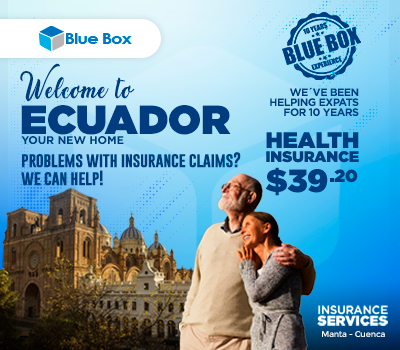 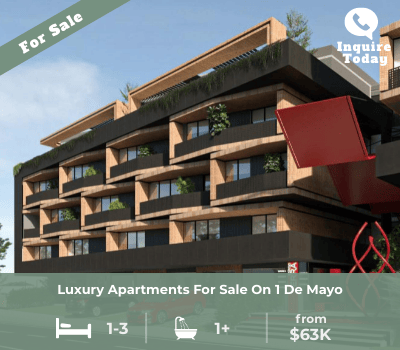 Read More
PrevPreviousShould You Hire a Medical Tourism Facilitator?
NextRetiring in Ecuador? Read This FirstNext
You may also like 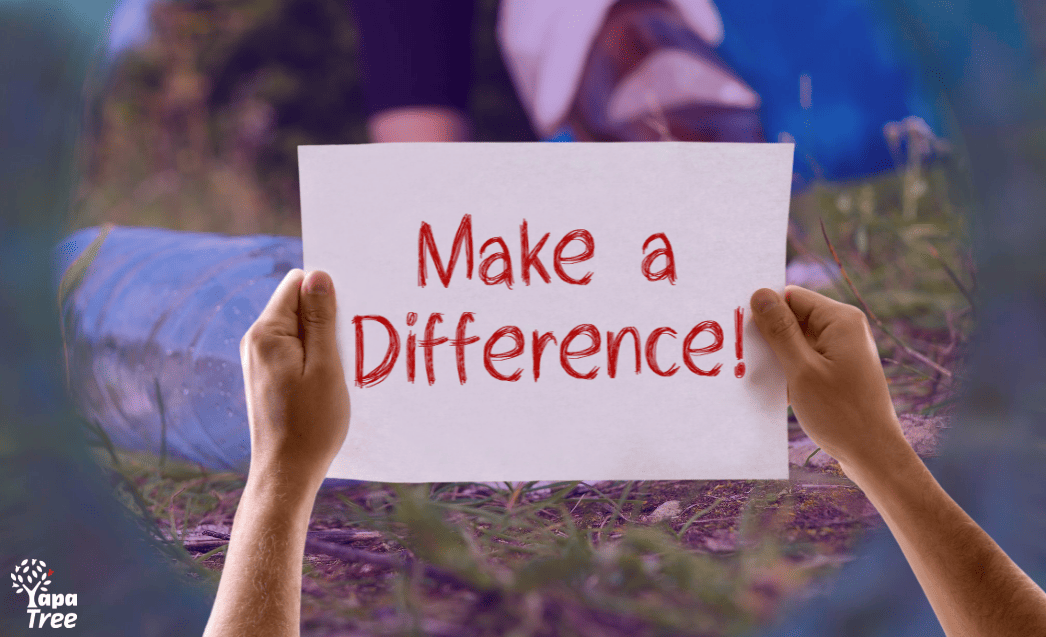