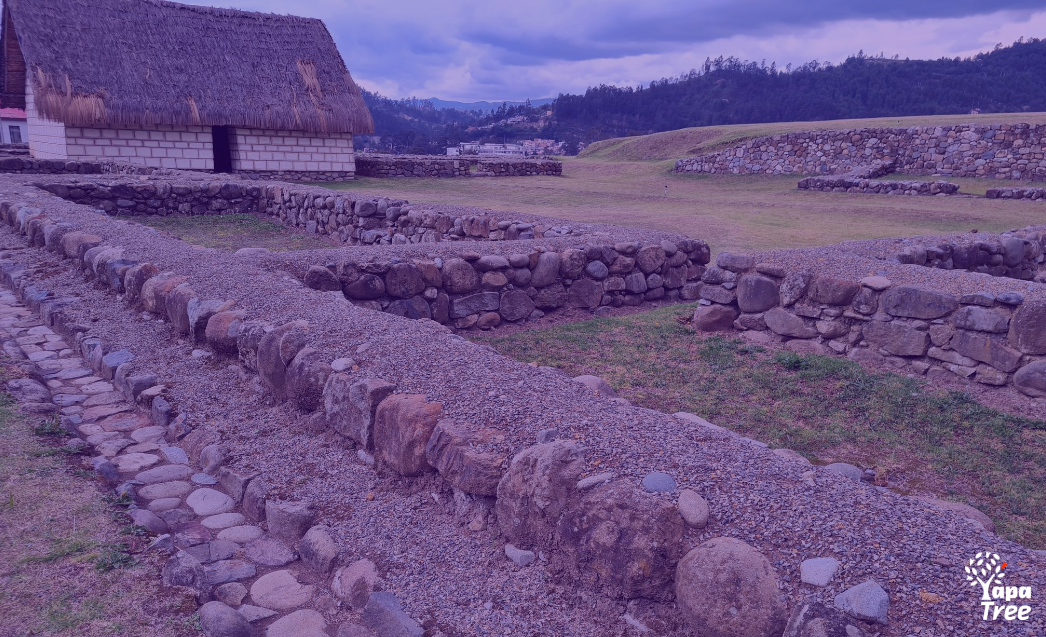 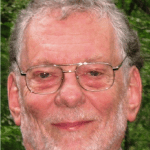 Take a walk down Calle Larga where you can find Heaven and Hell on Earth. Here, the Incas, a highly religious nation, were in touch with all three. Perched on a high hill, the Incas had only to look up to see Heaven, down the hillside to find Hell, and at the bottom of the hill to find Earth.

You, too, can have this experience when you visit Cuenca’s outstanding Museo Pumapungo. The northern capital of the Inca civilization once existed at the corner with Huayna Cápac. You will find their remains both inside and outside the Museum.

The Central Bank of Ecuador acquired the ruined property in 1979 and began to recover the old city of Tumebamba, as the Incas knew it. The result is the contemporary structure housing the museum and its grounds. The Bank also built their complimentary headquarters next door, a social services structure, and the Theater Pumapungo.

This guide covers both the impressive 3-story museum and the expansive Inca archeological ruins. Feel free to whip this guide out whilst you’re next touring the museum & grounds.

Walk inside and discover a large, 3-story atrium. Scattered about are more than 5000 exhibits including art from the Baroque period to the contemporary, as well as history, photography, archeology, and sculpture.

In addition, there are ethnological exhibits depicting Ecuador’s multi-cultural diversity as seen in vestiges of daily life. All of these are clearly labeled in Spanish. In 2019, the Museum displayed 37 works by Salvador Dali, his first exhibit in South America.

Beneath the atrium, you will find an extensive numismatic collection. Here are numerous displays of coins and bills used throughout Ecuador’s history up to the time of the advent of the American Dollar. Also, you will find static and electronic displays, such as a large, old cash register and a sailing ship. Outside this area, you will see a variety of hanging art works.

Take an elevator to the second floor and the real heart of the museum awaits. This is the ethnographic floor popular with visitors. The floor is laid out like a maze where you can follow a course through the indigenous cultures of Ecuador. Here you’ll find typical Inca stand alone reconstructed living quarters with roofs and walls of foliage and rough-hewn furniture. Many visitors today will need to stoop to enter these homes, as the Incas were a small people.

These displays represent the daily living conditions of the various tribes throughout what is now Ecuador. You may find what many consider the most popular item in the museum: shrunken heads of the Shuar culture of southern Ecuador. When the Shuar captured and killed their enemies, they cut off the heads and immediately boiled them. Their belief was the shrunken head when displayed would retain the spirit and serve as power over their enemies.

The 3rd floor of the museum houses a library of about 160,000 resources open to scholars. Some of these materials are held in reserve for the students of history. There is a collection of 5,000 cassettes of Ecuadorian films and musical performances. Many temporary exhibits are periodically staged. Along the walls at one end of the floor are numerous portraits of Simón Bolivar, fighter and politician for the independence of South America from Spain.

Arrival of the Spanish

Pumapungo has been variously translated as lion’s gate or puma bridge.

Some of the earliest people to inhabit this area were the Cañari tribe, traced to the 6th century. Their main purpose in life seemed to be doing battle with the Incas. Some were overtaken by the Incas in the early 16th century led by Huayna Capac and incorporated into their civilization. The remaining Cañari sided with the early arrival of the Spanish. By 1528, the Incas were nearly wiped out due to their own civil wars and the onslaught of what was likely smallpox.

When the Spanish arrived in the mid-1500s, they found the Incas so weakened and passive, they could easily take control of the civilization. Known as the Battle of Peru, these Spanish quickly gained the upper hand.

Some of the Inca who opposed the Spanish moved to Vilcabamba in 1537 to establish the Neo-Incan State. Vilcabamba was the last city conquered by the Spanish in 1572. It took the Spanish 40 years to fully overcome the Incas and rule supreme.

The Spanish destroyed much of what the Incas had developed. They tore down the military fortifications, using the stones to rebuild their own city. Many of the stones you see in the buildings and walls in Cuenca today are from these early days. The Spanish also imposed their form of Christianity upon the conquered and, before the end of the century, Christianity became the dominant religion of all South America.

Ecuador was a Spanish colony under Peru (known as Cuzco) from 1544 to 1563. Cuenca was founded in 1557 when the Viceroy of Peru named the city in honor of his home town in Spain. It achieved its independence in 1820.

At the left back wall of the museum you’ll find a door to enter the “backyard”; 10 acres making up the archaeological park. Here you will see the remaining foundations of the Inca military fortifications and the Jesuit school. Walk alongside the school to see more of these foundations. You are now on the top of a hill, a headquarters from which the Incas looked up and saw their Heaven!

The Incas worshipped gods of natural and cosmic environments. There was no separation of religion and daily life in the Inca world. Every month, they held a festival honoring the gods they worshipped. Each of their gods lived in heaven and on earth and took the shape of a natural element such as a mountain or a river. These gods also appeared as monkeys, tigers, or other animals.

Sitting at the top of a hierarchy of gods was Viracocha, credited with producing all other gods as well as all humans. Inti, the God of the Sun, was the most revered among gods and the ancestor of Sapa the Emperor. Inti was married to Mama Quilla, Goddess of the Moon and Defender of Women. All of these gods had their own stories and these stories were passed down orally to each generation, as the Incas had no writing system.

The plateau holding these military foundations quickly drops off to a large, terraced hillside. Like a snake on a mountainside, you can wander horizontally, making your own way down. Periodically, there are earthen steps to make a vertical descent. These steps are steep, with a wooden tie across and with no handrails. You’ll likely feel as if you are falling forward, head over heels. Just take care and walk slowly. There are two long ramps at one side of the hill which are substitutes for the steps.

Part way down, if you take a slight detour on what looks like a short dead end path, you will see on your right a set of bars covering a hole. This is the Inca Hell where Supay, the God of Death, resides.

Inside is the path to the underworld, a long tunnel which served as a mausoleum. Here lie the ancestors, embalmed and mummified. The Incas honored their deceased by bringing gifts to each one for their use in the afterworld. The emperor himself was kept in his palace and brought out on parade during festivals.

Your own descent from above brings you down to Earth. This flatland served as the agricultural grounds where today there are more than 230 species of plants and trees, representative of the early plantings. The Incas built a pond to collect the mountain water and distribute it along a 590.5 foot aqueduct to irrigate their crops. Midway, there is a ritual bath built out in the shape of the Southern Cross. A section of forest has been kept to show what the land looked like when the Incas occupied it.

The Incas recognized the importance of birds to their agricultural endeavors, namely providing fertilizer. Consequently, they devised a management plan to protect and preserve these visitors to their land. They may well have been the first human conservationists. To honor their interest in birds, the Museum has constructed a bird rescue house to rehabilitate native species. The round building is pie-shaped, each piece of pie housing one of the species. If the birds are successfully rehabilitated, they are released; unfortunately, most are not brought to good health and remain for the duration of their lives.

A visit to the Pumapungo Museum is not only entertaining, but it is also  educational and a nice little workout if you walk the entire complex. Take the time to view the building itself, inside and out. It is a visual delight. A visit will also teach you about the ancestral heritage of Cuenca and Ecuador.

Walking throughout the building, you will find exhibits tracing the development of Ecuadorian peoples throughout time. The ethnographic displays will give you an understanding of the everyday life of our ancestors. The library is also available for your pursuits.

Given the large expat and visitor populations in Cuenca, it would be helpful if the signage on the exhibits included other common languages or if an audio presentation were available. However, an English-speaking guide can be hired if arranged in advance. These resources would add more meaning to your visit.

Outside, when you wander down the hillside, it would be helpful if handrails could unobtrusively be put in place. It would be great if the museum was wheelchair accessible and provided a website to further its plight as an educational resource.

Like Cuenca itself, the Pumapungo Museum and Archaeological Park is a UNESCO-supported site. It is open daily (except Mondays) at no charge. Plan to spend 2-3 hours to soak in the whole museum and grounds. This is a major attraction in Cuenca and you will come away with a better understanding of the history, people, and cultures of Ecuador.

Have you been? We’d love to hear your comments below or in our Cuenca Facebook Group.

Warren R. Johnson, a resident of Cuenca, is a freelance writer and author. He writes a blog, TravelSketches.info, about his travels. He also maintains a website, SecondHarvestBooks.com, to showcase his varied books.