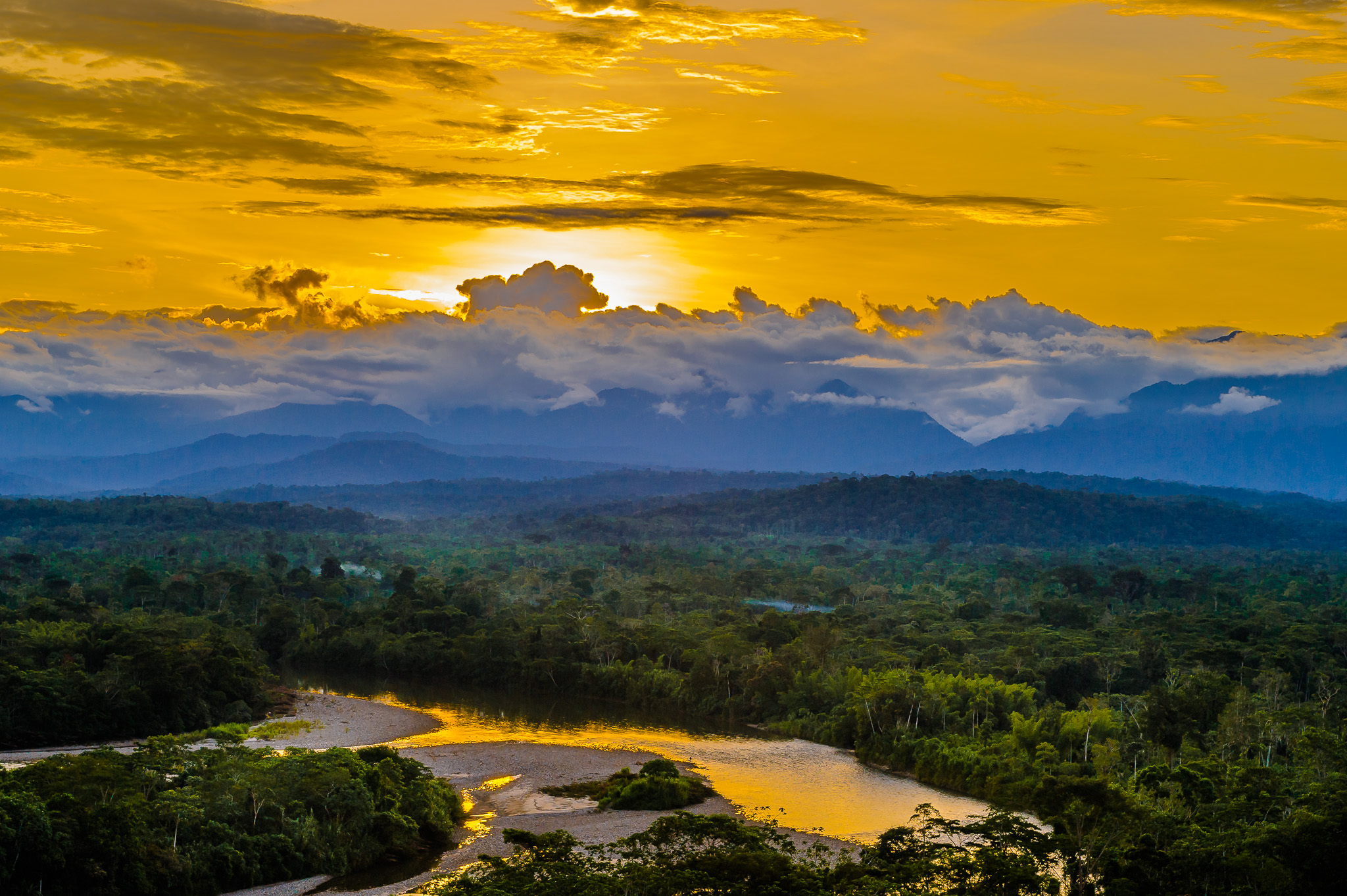 Ecuador’s Breathtaking Amazon Jungle Is Not To Be Missed

So the three of us, friends from the local coffee shop, decided to look into travelling together. Meggan from Colorado, Cheryl from Winnipeg, and me, from New Orleans.

Each of us had been here for more than a year and were hungry to explore the mystery that is “la selva” (the jungle). After doing our due diligence, we settled on a six-day package at La Yarina Lodge in Coca, Orellana Province. The cost was reasonable, around $500, inclusive of all meals and activities. Aside from day trips to El Cajas, or neighboring pueblos like Sígsig and Chordeleg, this would be our first adventure together.

The 45-minute flight from Quito was as easy as it gets, except for the abrupt transition from a chilly Quito morning to a blisteringly hot tropical afternoon. As promised, our motorized canoe was waiting for us at the dock on the Río Napo, one of the feeders of the Amazon. We hopped aboard with our bags for the 45-minute cruise upriver to another smaller channel, and then on to our lodge.

The setting was exquisite as we veered to port at a bend in the river and looked up at our home for the next few days. There were about sixteen beautifully-thatched cabins and one large mess hall for dining, with birds, flowers, and trees of every color & size completing the gorgeous setting before us. Noisy too; it seemed as if all the lush greenery surrounding us was an actual jungle-soundtrack, complete with howls, screeches, and hoots coming from all directions.

We checked into our simple but adequate rooms, and were told lunch was at 1:00, with our first hike to begin promptly at 3. Also on tap for our first day was a night excursion after dinner to “shine” for caimans.

Being from Louisiana, I am familiar with spot-lighting for frogs or deer, but not alligators; that would be a new one for me. We were all up for anything, but on different levels. Cheryl, from Canada, is the rugged adventurer of the group, climbing to Turi twice daily each morning. Meggan from Colorado is a dancer with tricky knees, and I am in between — reasonably fit for a fella my age (mid 50s), but up for anything outdoors.

Lunch was beautiful: soup, salad, fish and dessert. All agreed this was a very good start indeed. We tried to rest briefly after eating, but were eager to put on our lodge-issued rubber boots and hit the jungle trail.

Our guide, Octavo, was 34 but looked 22; short, lean and all muscle. He immediately inspired confidence in both his abilities and knowledge and we were never disappointed. He knew which vines were poisonous and which ones held potable water. He knew how to call birds, and what leaves could be folded to make great hats. He showed us which tree’s bark was good for headache, and also the one for a stomachache. He identified all the different sounds that we heard above us in the canopy, distinguishing for example, a gibbon from a macaque, or a macaw from a toucan.

After going up and down for many kilometers in the steamy equatorial heat, perspiration dripping from everyone save Octavo & Cheryl, we began to wonder if this was a deluxe vacation or boot camp. Meggan and I usually lagged behind the other two, who were both happy to speed-walk thru freshly cut jungle trails.

We finally returned after what seemed like days, listening for the welcome sound of the generator. While we were all exhausted, we were still excited about our first night excursion. After showers and dinner, we got into two separate canoes and paddled to a large lagoon, noisy with birds, frogs and monkeys. Ocho (Octavo) gave us each a flashlight and it wasn’t long before we saw the telltale “ojos rojos” (red eyes) of the caimans, numerous but young — none over five- or six-feet long. After we saw perhaps half a dozen we paddled back, happily spent.

We hiked every day, and hiked or paddled each night. In our five days of exploring, we documented 24 kinds of fungus and mushrooms; 5 different monkeys; 2 poisonous snakes & one small boa; and birds too numerous to list; gorgeous flowers, blooms & orchids; and trees that can walk to find more sun. We even fished for piranha one night, catching and quickly releasing two small ones.

The jungle here has been inhabited for thousands of years, and Ocho told us that locals, like he and his father, treat all plants and animals as humans only in another form. All the creatures, whether legged or rooted, are treated with respect and gratitude for all the gifts of medicine, food, and shelter they provide. Nothing is taken either lightly or for granted; Octavo demonstrated the utmost respect for his native surroundings in both his speech and his manner, always emphasizing that all the creatures belong and are therefore appreciated.

Make no mistake- the jungle can be a very intimidating place with all sorts of ants, thorns, serpents, bugs, purple-mohawked caterpillars, and steroidal centipedes. Regardless, it was the most amazing garden imaginable, filled with everything from food to poison, to natural remedies found nowhere else on the planet.

Every day we were presented with some previously unseen thing, whether flower, bird, insect, or tree. After nearly a week of non-stop exploring, we were all fascinated, and exhausted, ready to return to Cuenca and dry clothes. El Oriente, is indeed a very special part of this very special country that is not to be missed.

Bradley Guth (Wedge) is a retired English teacher from New Orleans. He has been living in Cuenca for 1 1/2 years, and stays busy writing, photographing, and exploring Ecuador. He is also hard at work preparing to open YUGEN HOUSE, a mission house for travelling street artists coming through Cuenca.

Read More
PrevPreviousFive Must-See Destinations in Ecuador: Part 2
NextHunting Pigs, Escaping Death and Finding Love in the Ecuadorian JungleNext
You may also like