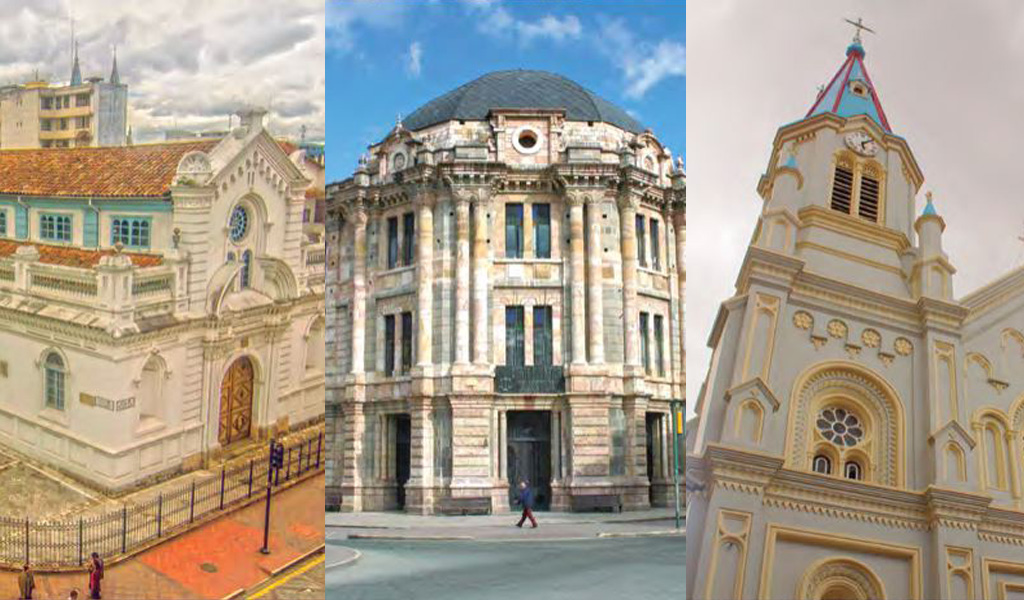 Cuenca’s French Route: A Testimony Of France’s Legacy In Cuenca

The French Route offers the possibility to explore, in an easy walk of only three hours, places that show a fascinating facet of Cuenca: that of France and its influence on the architecture, customs and culture of the city.

As a starting point for the tour, the La Condamine street is explored, which bears its name in honor of Carlos María La Condamine, an illustrious scientist member of the First French Geodesic Mission.  Carlos Maria La Condamine arrived in Cuenca in 1739 and, according to historical data, resided in this place during his stay in the city.  Today, this street is the main attraction of the El Vado neighborhood.  With its elegant and traditional vibe, El Vado  evokes memories of times past where houses had wood ovens and people would host meetings of poets and musicians.

The next place to visit is Plaza Miguel Leon, known by all as San Sebastián due to the church next to it. Where the chapel was built became one of the two “Parroquia de Indios” of the colonial city. The geometric layout of the square dates back to the beginning of the 20th century and was done by Octavio Cordero Palacios, teacher, playwright, lawyer and mathematician from Cuenca. This design, which is Renaissance in style, is related to the parterre gardens in Versailles created by the landscaper Le Notre. In the days of the colonies, bullfights were organized in this square. One of them, held at the end of August 1739, brought the tragic death of Juan Seniergues, a physician of the First French Geodesic Mission.

The tour continues along Simón Bolívar Street, where you can see buildings such as the Casa Bienal, Bolivar Clinic, Casa del Coco, the Sojos house and the Jerves Calero house. The unique beauty of these properties transports those who visit it to a time when its owners were careful to create a refined European atmosphere. The architectural details that characterize the houses built at the beginning of the 20th century are marked with a neoclassical style of French influence: friezes, columns, pilasters and interiors richly decorated with polychrome brass and hand embossed details.

Already in the Parque Abdón Calderón, in the center of the city, the San Luis Seminary can be visited next. The history of this Seminary goes back to the beginning of the 19th century when, in 1813, the first Conciliar Seminary was founded in the city of Cuenca. This campus became the only institution of higher education of the Austro of that time.

On the other side of the park is the Old Cathedral, whose south tower was taken by the First French Geodesic Mission as a reference point for his geometric triangulation work. A marble plaque commemorates this fact with the legend “A Tower more celebrated than the Pyramids of Egypt”, as epigraph written in 1804 by Francisco José de Caldas. It is assumed that at this point a meridian and a parallel intersect, so according to this, many conclude that in reality the meter as a unit of measure, has its origin in Cuenca.

The tour in the Historical Center continues by visiting some of the most elegant and important historical buildings, such as the Provincial Court of Justice a neoclassical court building built in 1929 for the operation of the first university in the city; The Alcaldía de Cuenca, a building conceived as a neoclassical court house in which the first bank of the region operated (Banco del Azuay); The church of St. Alphonsus, with its 92 stained glass windows imported from France and the Remigio Crespo Toral Museum, where the plaque on which Carlos Maria de la Condamine recorded the results of the measurements of the First French Geodesic Mission can be found.

The route ends with the visit of the Benigno Malo school, an imposing Republican design building inspired by the University of Lyon in France and the local French Alliance building, which features an art gallery and a library.

Read More
PrevPreviousHoly Thursday In Cuenca & The Story Behind The Tour Of The 7 Churches
NextExploring Cuenca’s History; The Route Of The MuseumsNext
You may also like