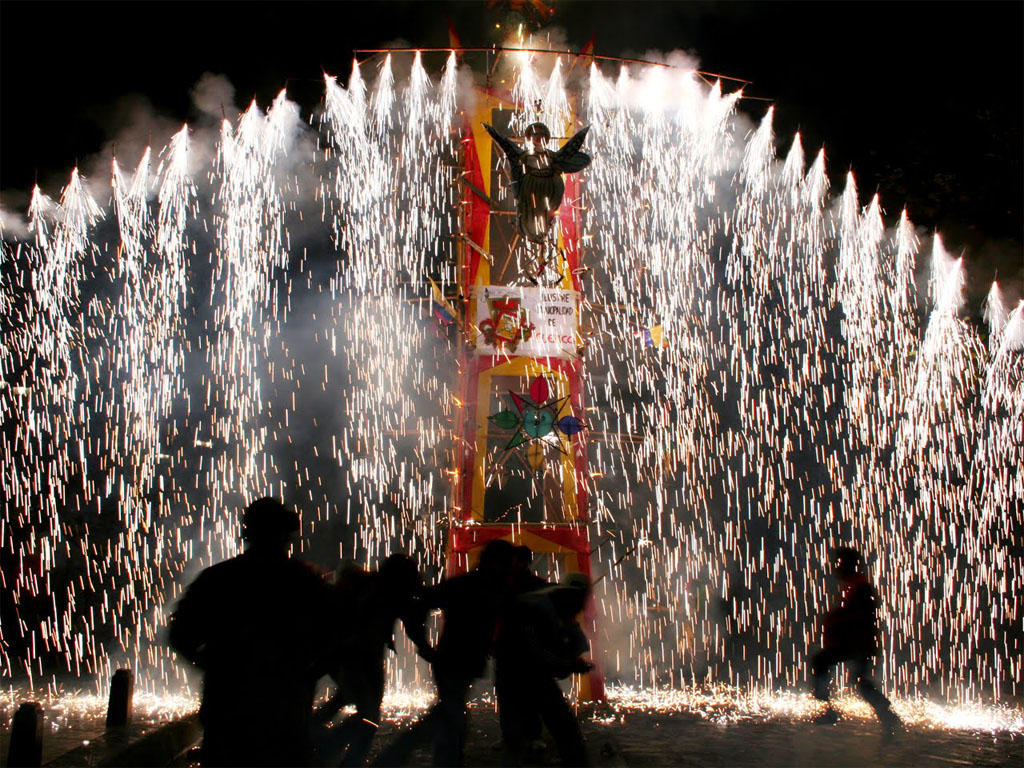 Corpus Christi, A Celebration Beyond Religion

Corpus Christi is one of the most traditional celebrations in the city of Cuenca, which always takes place 60 days after Easter. This Christian festival originates from Spanish heritage, but also celebrates indigenous traditions, such as the Pacchamama and Inti, and gives thanks to the harvest.

This year Corpus Christi will take place from May 26 to June 2 in the central plaza of Cuenca, Parque Calderon. Here in the park you can find more than 100 tents selling the famous Corpus candy, or “Dulces de Corpus,” a custom that originated in the convents and houses of noble families, and is now shared amongst Cuencanos as a delicious tradition. 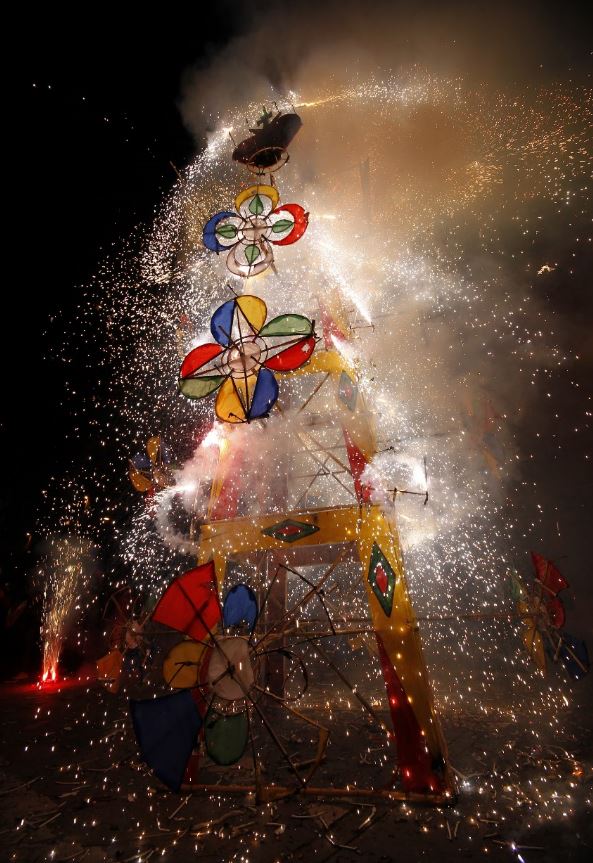 60 days after Easter Cuenca celebrates one the most important expressions of cultural and religious value. Corpus Christi integrates commemoration, gastronomy, culture, religion, and folk arts. For these seven days out of the year, Cuenca is full of colors and fireworks, and Parque Calderon is full of people enjoying the spectacle of burning castles. Parque Calderon illuminates while people revel at the sights, enjoying the aromas and flavors of the Corpus candy.

The city of Cuenca has celebrated Corpus Christi since 1557, alongside the festival Pase del Nino in December, which is the most important religious festival. Coming from Spanish heritage, Cuencanos embraced Corpus Christi with their faith, devoutly recognizing the transubstantiation of the body of Christ as it is consecrated in the Eucharist. Despite the festival’s Catholic origin, Corpus Christi also celebrates indigenous tradition. Cuencanos thank Pacchamama and Inti for the harvest, honoring the end of the winter and welcoming the summer solstice and revival of vegetation. To this day Corpus Christi remains one of the most significant solemnities of the Cuencano culture.

The commemoration of Corpus Christi begins with a proclamation in the streets that ends at the Catedral de La Inmaculada. Here the liturgy is solemnized, followed by a presentation in the streets of the first burning castle.
Devotees are given the opportunity to worship at the blessed display at the Catedral de La Inmaculada. The Sacred Host remains on display for seven nights and seven dawns. For this the festival is also known as “Septenario,” where “sept” refers to seven. 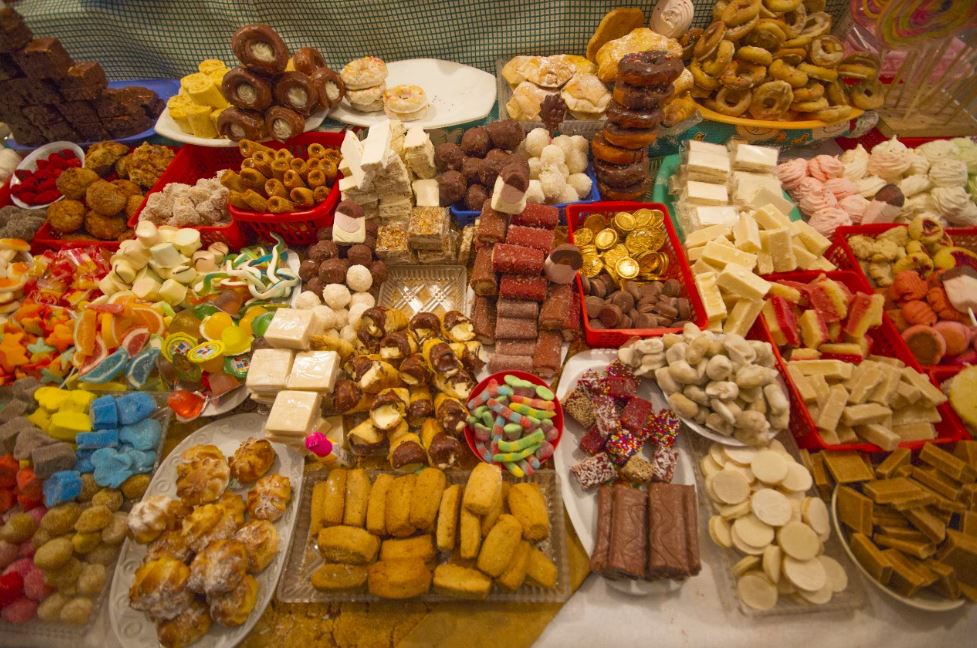 The tradition of the famous Corpus candies comes from the arrival of the Spaniards and was practiced by the noble women and in the convents. The sweets were distributed as gifts to those who lived close to the noble houses or convents, and became a means to prove participation in the Septenario. They were given to Cuencana cholas, who can be recognized for their embroidered and sequined skirts. Later the recipes of the Corpus candies escaped the walls of the elite families and entered into the homes of Cuencanos as delicacies with indigenous elements to be shared during this festival. Each sweet has a special name shared with special historical or social moments of this period, such as Pucanahui, kuskinga, Huevos de Faldiqueras, quesitos, suspiros, pañuelo, monjas, etc.

Tables throughout the park and sidewalk present their candies of many different shapes, flavors, and colors. This exhibition is one of the most important fairs in Ecuador, and family, friends, local, national, and foreign visitors gather to savor the delicious delicacies.

When night falls, each of the seven days of Corpus Christi, the skies of Cuenca are illuminated with colored lights. Visitors gather to admire the multitude of fireworks and beautiful castles that give the city night charm.
Folk dances, popular dances, traditional bands, and, of course, the fair of traditional sweets harmonize perfectly in the historic center of Cuenca, offering a show of true enjoyment and fun for Cuencanos and foreigners, adults and children alike.

Without a doubt Corpus Christi is a religious-popular event that should not be missed. This year the Septenario will be held from May 26 to June 2. Come and experience this very special holiday season in Cuenca.