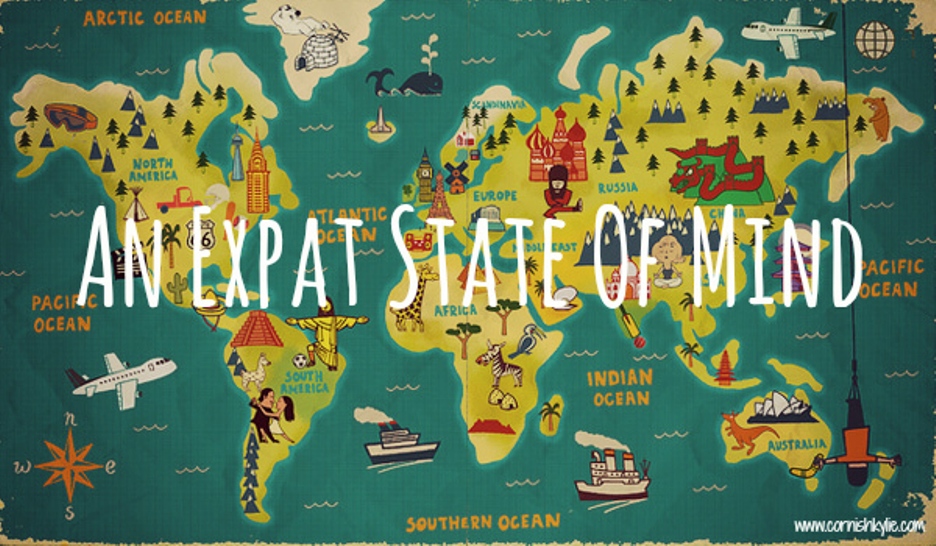 8 Truths I Have Learned As An Expat

[color-box color=”green”][dropcap]I’ve[/dropcap] spent the last 10 years of my life living abroad, in one country or another. And along the way I’ve learned some truths about what it’s like to be an expat — some good things, some hard things, and everything in between. This article is for those potential expats who are thinking about moving to Ecuador or another country and have no idea what challenges and daily realities moving abroad can bring. So here’s my list of 8 truths about expat life — please feel free to share your comments or add your own experiences at the end of the article![/color-box]

1. Moving Abroad Is Hard–Don’t Let Anyone Tell You Differently!

From sorting out residency papers and visas to negotiating rent and setting up a bank account, nothing is simple, easy or familiar about starting a new life in a new country. Most expat publications make it sound glamorous and easy and it’s just plain not!

What is the Spanish word for aspirin? Where can I buy organic produce? How do I find an English speaking doctor? How do I figure out which school is best for my kids? If I buy something online, how easy is it to send to Ecuador?

These are the kinds of questions I struggled with when my family first arrived in Ecuador. However, negotiating these challenges gave me a sense of satisfaction and accomplishment I seldom found “back home.” The challenges eventually became easier and there came a day when I saw a new expat struggle over the same issues and was able to say ‘don’t worry, it gets easier!’

All the people who think moving abroad is a piece of cake or a long-term vacation couldn’t be more wrong. It’s a daily battle for the first several months that will make you ask “what the hell did I do?”

2. You’ll Find A ‘Family’ Abroad That You Never Expected.

I’ve seen it happen over and over again. Maybe because of the challenges mentioned above, maybe due to homesickness or just by the plain virtue of being exposed to other like minded people, I found myself connecting with other people in a way I would never do at home. My ‘family abroad’ is a collection of friends, other families, and the community as a whole — it’s one of those things I never anticipated or understood until I experienced it. Here are some examples: 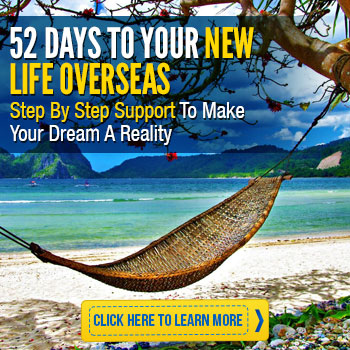 Every time we moved abroad, it took a while for our stuff to arrive behind us. In fact, when we moved to Barbados, our container arrived 2 months later than planned (we slept on air mattresses and our living room set consisted of lawn furniture). When it finally arrived, we unpacked the boxes and we couldn’t believe all the useless ‘junk’ that seemed so essential when packing it up. Not to mention that the beautiful leather furniture we had shipped mildewed in the high humidity of Barbados, so, whenever we went away, we were greeted by ‘green’ furniture that we had to disinfect and de-mildew!

A huge part of moving abroad is about simplifying and integrating. I buy clothes and furniture in Ecuador. We arrived here with 3 suitcases each and have managed quite nicely. We will definitely liquidate the household of ‘stuff’ we’ve acquired if we ever move again.

4. Learning Another Language Is Not Easy!

I know no end of expats who have ‘studied’ Rosetta Stone or some other language software or took a course at a local community college before arriving in Ecuador. What no one told me is, depending on where you go, the Spanish is totally different! It took us a while to learn the basics of Spanish in Cuenca, and, just when I thought we were doing pretty well, we took a trip to Canoa on the coast.

Upon arriving, I greeted the hotel owner in Spanish, and he rattled back a rapid string of sentences I couldn’t understand! I struggled speaking Spanish our entire coastal trip and, when we returned to Cuenca, I mentioned this to Rosita, our wonderful helper around the house. She laughed and said, “Sharito, don’t worry — not even the Cuencanos understand coastal Spanish.”

On our recent trip to Barcelona, Spain, I also learned more about these language nuances when I understood little to no Spanish. A woman explained to me that “in Barcelona, we don’t really speak Spanish — it’s a mix of French, German and a bunch of other languages mashed together. But you are sweet for trying.”

I recommend taking classes in the location you plan to be. You’ll catch the local accent easier, learn the colloquialisms that are specific to the country or town you’re in, and you’ll learn much faster since you’re immersed in the language

5. Sometimes It Just Doesn’t Work Out.

I’m sure I’ll never hear the end of writing something negative about Ecuador, but this is a true statement. I’ve seen some publications state that over 60% of expats leave. I get it. After 5 years of living and working in Ecuador and starting a not-for-profit foundation, I have plenty to say about the ups and downs. Overall, I’m grateful for the experience and the opportunity Ecuador has brought to my family, and yet that doesn’t mean there aren’t moments I’d like to call President Correa up and give him a piece of my mind (not that I can afford it).

It’s okay to get mad, pissed and wildly frustrated about Ecuador or whatever your new home country is now and then. Moving abroad is HARD (see #1 above) and, if I pretended it was all PollyAnna sunshine and rainbows, one day I would blow up — my feelings would boil over and I would be one of those “ugly North Americans” screaming at the woman behind the counter in the Immigration office. The key is to talk about it, laugh about it and chalk it up as part of the expat experience. It’s absolutely necessary to get through the seemingly pointless bureaucracy, the aggravation of being ripped off by taxi drivers, and the frustration of gringo pricing.

6. Living Abroad Will Test You.

Sometimes nothing happens for a long time and I’m really happy. … And then suddenly everything sneaks up on me at once and attacks me. From fighting with the immigration officers to dealing with rude expats to even talking with the insurance company, Ecuador tests my patience.

One year, my mother-in-law sent us a Christmas care package filled with gifts and baked goods. Correos Ecuador lost the package and had no idea where it was. Then, 14 MONTHS LATER, it turned up and we had to pay over $100 to retrieve it. Another time we had to spend over $500 in import taxes for supplements that were sent back to the supplier twice and then lost. The post office wants us to pay yet again, but they can’t tell us where the package is or even if they can deliver it. Sound familiar?

I love Ecuador, I really do. At the end of the day, I love the people, our friends and family, and the life we’ve built here. And that’s how I know I can complain about it occasionally — it’s like venting to a friend. I know there are people reading this, maybe laughing, and they can share similar stories. If my frustration bubbled up so much that I became constantly negative and bitter, then it would be time to consider leaving.

It’s okay to get real and speak your mind, even if it’s not politically correct. There will be things that drive you crazy and things that amaze. If you don’t share it in a place where other people ‘get it’ and can be honest too, where does that understandable but negative emotion go? Probably directed at someone who doesn’t deserve it, so let it out, and then get perspective.

I’ve heard this a lot, especially as a young person; however, after living abroad for over 10 years, I can tell you it’s true. I have been changed in irrevocable ways, both good and bad.

That saying ‘wherever you go, there you are’ has stuck around for a reason, and some of my restlessness has been revealed as being in my own head and NOT due to my geographical location. Learning to be happy with what I have and realizing there IS no Utopia has been invaluable. I’ve also realized to appreciate that where I am at the moment is the best place for me. Being challenged to live in the present moment is a gift I never would have learned had I not “hit the road.”

[color-box color=”green”]Living abroad is a privilege and an experience I wouldn’t trade for the world. It’s an adventure and a lifestyle I cherish and I would recommend it to anyone. Most often, expats write about the wonderful things of living abroad (and there are many), I just wanted to add a few things to think about into the mix. 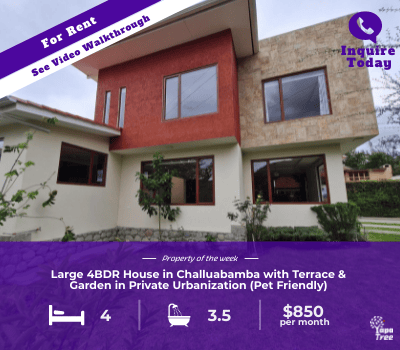 Read More
PrevPreviousAre You Really Helping? Understanding The “Expat Effect”
NextEven “Relaxing” Can Be A Cultural Experience In EcuadorNext
You may also like