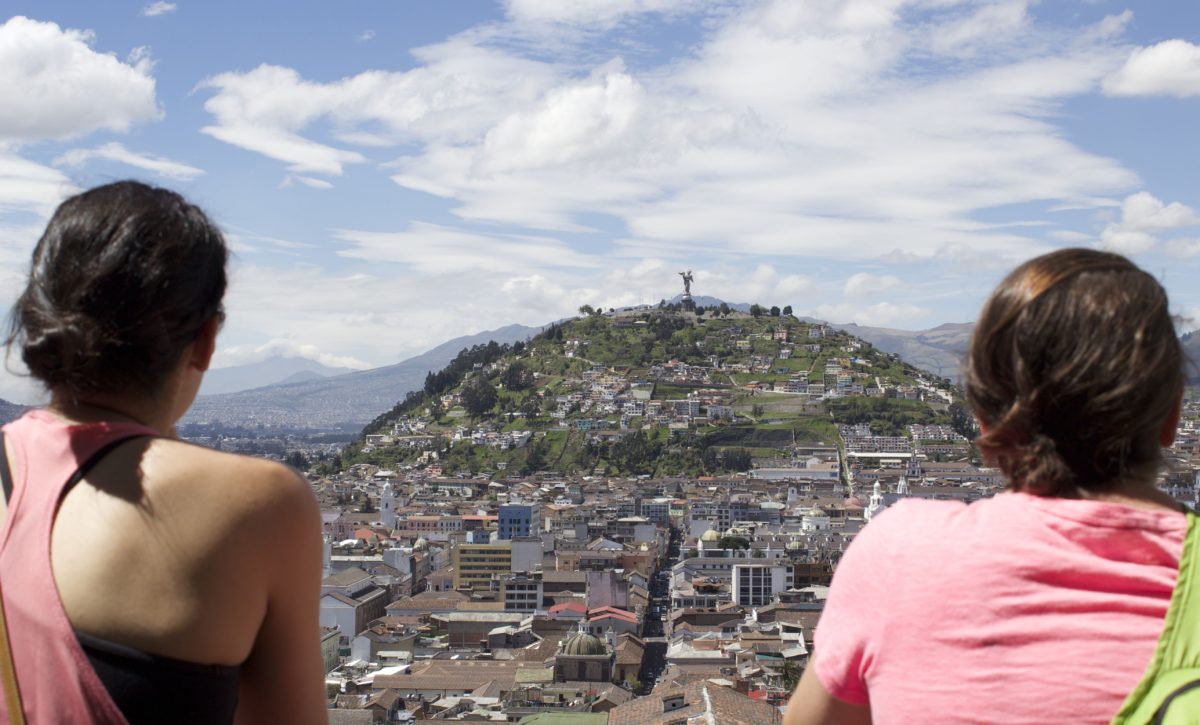 These are the top six reasons you should visit the “City of Eternal Spring.”

Founded in 1534, Quito is your gateway to the Mitad del Mundo, or the Middle of the World. Visiting the equator allows you to take part in fascinating experiments, since running water spins in one direction in one hemisphere and the opposite direction in the other. A large monument to the equator stands almost 100 meters away from where it actually is, built by French colonialists in the wrong spot. Both the “real” equator and this site are major tourist attractions.

Quito is a truly beautiful city, spread across a valley and bordered by volcano peaks. A trip on a sky tram allows visitors to view Quito’s mountainous landscape. The tram takes passengers on a 10-minute, 2.5 km ride up the flanks of Volcán Pichincha to the top of Cruz Loma.

Quito is one of the most multicultural cities in the world, with a mix of Spanish and indigenous traditions. With its rich diversity of colonial and modern architecture, this metropolis is a place of contrasts. In 1978, the city was declared a UNESCO World Heritage site for its exceptional historic center.

Quito is the perfect place to start a tour of Ecuador’s many splendid churches. La Compania de Jesus is one of the city’s most magnificent cathedrals.

In addition to all of Quito’s own attractions (The Government Palace, Guayasamin Museum and other museums, Plaza San Francisco, El Panecillo, and more), tourists can travel by car or bus to reach two of Ecuador’s natural wonders.

Located just 100 km from Quito is the Sumaco Biosphere Reserve, which includes the Sumaco Volcano. This protected site has over 6,000 species of plants, at least 101 mammals, 58 species of snakes, 31 types of toads, and 6 species of turtles.

Yasuni National Park is also located about 250 km away. In 1989, this diverse site, with a vast amphibian, bird, mammal, and plant population, was recognized as a UNESCO Biosphere Reserve. Yasuni is within the claimed ancestral territory of the Huaorani indigenous people and home to two tribes, the Tagaeri and Taromenane.

It is easy to travel to Quito from anywhere in the world. The Mariscal Sucre International Airport is located just outside of the city and handles much of the increasing air travel to Ecuador, including direct flights to and from the U.S.