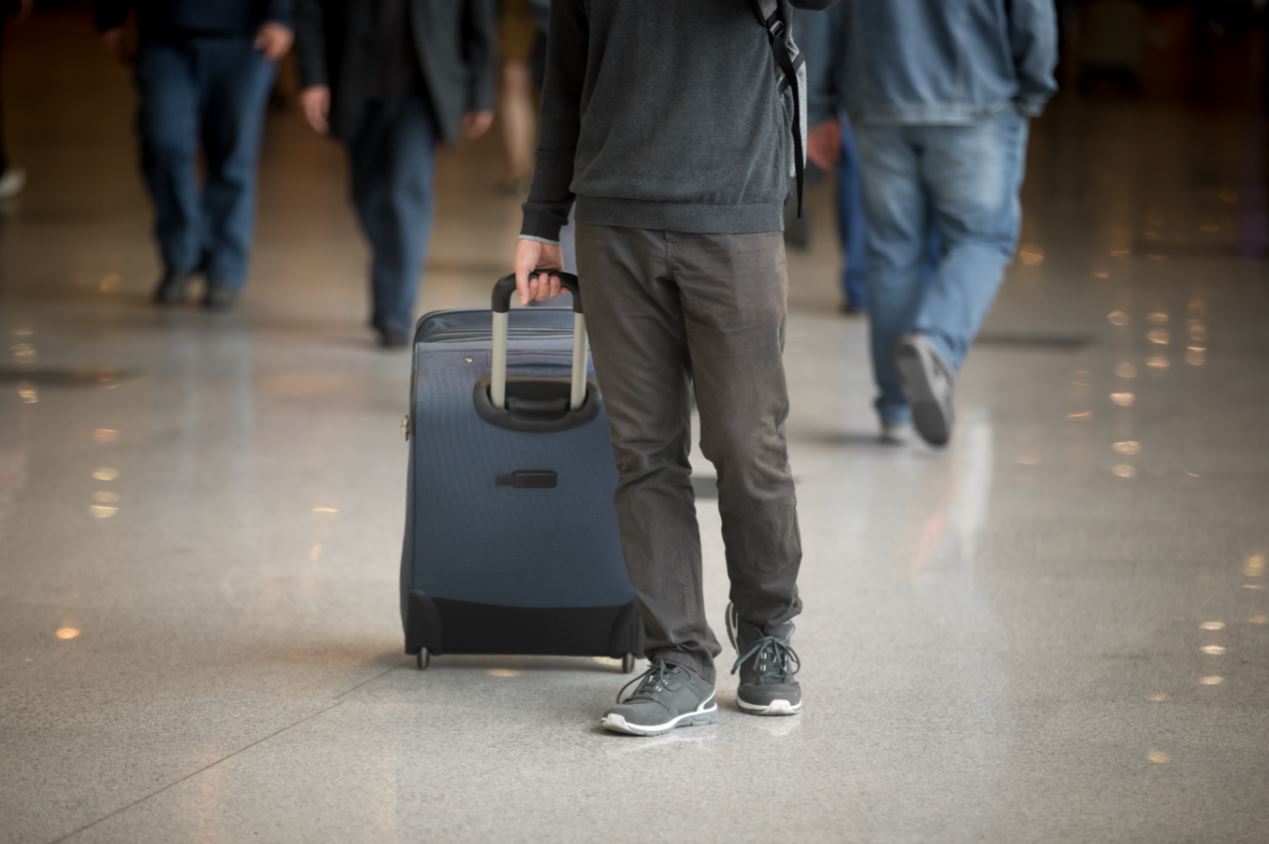 Get Ripped Off, Be Offensive And More Advice For New Expats

There is nothing quite like your first days abroad.  They’re magical.  All of the anticipation and excitement with none of the baggage (unless you count the actual baggage that you’re living out of).  You haven’t yet tripped or bumbled or slipped into any of the inevitable pitfalls.  You haven’t snapped or screamed or broken down or crawled into a hole or stayed up all night searching for the cheapest one-way ticket home.

It’s a golden time.  Bask in it.  Breathe it in.  You haven’t messed it up yet and you have the untarnished potential to do this thing right.  The advice for people like you is as plentiful as it is practical — sage wisdom from those who have marched before you:

“Engage in the culture.”

“Give more than you take.”

It’s all good counsel and you’ll do well to soak it up like a sponge.
However, there are ten things   I wish someone would have told me early on.
I understand why they didn’t but still . . . I wish they had.  Here they are.

One: Mess It All Up
How’s that for starters?  The key to not messing it all up is to mess it all up.

Get ready to make some mistakes.  Lots of them.  Big ones.  Little ones.  In between ones.  Go for broke.

Mistakes are the best chance you’ve got at learning and this is absolutely the best time to make them.  Making mistakes while you’re still having fun gives you the chance to laugh at yourself and makes for great Facebook fodder.  You’re also much more likely to get grace from the vets and the locals.  Take full advantage of your “Oops, I just got here” card.

The flip side (trying to fake perfection) is a miserable place.  You won’t fool anyone but yourself.  Don’t go there.

Two: Get Ripped Off
There are few things more frustrating than getting the “foreigner price”.  This may or may not be a reality where you are but it’s not uncommon for outsiders to pay more than locals.  I have watched otherwise rational, quite lovely expats transform into rage filled monsters, foaming at the mouth and bent on revenge — usually over pocket change.

It’s not the money it’s the principal right? The injustice. The exploitation.

You’re new to the system and you got took.  Fair enough.  When you understand things more you’ll be more equipped to get the best deal.  Until then do your best to learn something but know that resentment is a terrible teacher.

The system isn’t new . . . you are . . . and EVERY system (including your own) is designed to get the most money out of people who don’t know better.

Swallow your pride . . . and take someone with you if you’re buying a car.

Three:  Don’t Listen To The Old Timers
Discernment is key here.  There is often grand wisdom to be gleaned from the seasoned expats around you.  They’ve been there.  Done that.  Probably printed their own T-shirts to prove it.

Respect them and sit at their feet when you get the chance to hear their stories.

However, when someone who has been there for 40 years says, “yeah, you can’t buy ketchup here” or “you can only get there by donkey and it will take three weeks” . . . you might think about getting a second opinion.  Sometimes the vets (myself included) offer advice based on their own outdated experience.  Things change faster than people do.

Last years newbies may actually be a better resource when it comes to finding the things you need and especially the things you want.   They just went through this so not only did they work hard to figure it out they know what you’re going through.

Try finding empathy from an old timer who once rode a donkey for three weeks to buy ketchup.  Let me know how that works out.

Ignorance gets a bad rap.  It’s not the same thing as stupid.  Stupid is convincing yourself (and trying to convince others) that you know something when you actually don’t.  Ignorance is just not knowing it.

People do damage when they act on the pressure to know something that they don’t.  However if you are able to recognize just how much you don’t yet grasp you are poised and primed to start soaking up the new.

As a sidenote — Don’t fall for the lie that answers equal understanding.  Answers give you one opinion, one perspective, one piece of the full picture.  Ask the same question a thousand times to a thousand different people and THEN you’ll start to scratch the surface of understanding.  Kind of.  Maybe.

Be a constant, relentless learner but never lose sight of how much you still have to learn.

Five:  Don’t Be Helpful
Duane Elmer tells one of my all time favorite stories in his book Cross Cultural Connections.  In it a monkey spots a fish caught in the ocean’s current following a typhoon.  At great risk to himself, he climbs onto a branch and reaches into the water to pull the fish from danger.  Heroically, he lays it on dry land where it can be saved from the raging waters.  At first the fish jumped with excitement and then fell into a peaceful rest.

Duane says this, “Joy and satisfaction swelled inside the monkey.  He had successfully helped another creature.”

Helping is such a good thing . . . but take the time to understand what is ACTUALLY helpful . . . and what is probably not.

Six:  Be Offensive
Offensivness (like helpfulness) is a culturally loaded concept.  My culture, for example, is currently (what I would call) hyper-selectively concerned with offensiveness.  Say the wrong word one time and it could go viral which (this happens every day) might actually ruin your reputation and even cost you your career.  However, say the same thing in the name of sarcastic, mocking comedy and it might go viral instantly making you famous and rich.

It’s hard to keep up in your own culture, let alone another.

Offensiveness is nuanced.  We tend to filter our understanding of it, however, through our own experience. So, when we cross cultures our most valiant, heart felt attempts to avoid offending fall painfully short . . . because they are rooted in our own cultural perspective.

Give yourself a break.  You are going to be offensive at some point.  What matters more is that you pick up on the cues when you are and that you are willing to make adjustments even when it doesn’t make sense.

Be especially careful not to react offensively when your offensiveness is called out.

It’s a tangled web but humility breaks you free.

Seven:  Have Bad Days
In China we often say we’re having a “bad China day”.  I would bet we’re not the only ones who do that.

Here’s the thing.  I have never (not once) said I’m having a “bad America day” and yet I have had hundreds of bad days in America.  Unfortunately our host country becomes the dog that gets kicked when things aren’t going our way.  It’s there so we transfer our frustration.  That can be dangerous.

Sure, sometimes the culture is pushing on your very last nerve but it’s likely that your nerves were raw already.

See where this is going?

Seriously though.  Take care of yourself.

Physical, mental and spiritual health take a hit in transition.  They are disciplines that work best with a routine.  Considering the reality that your routines (the ones from the old country) have been obliterated in the move you might find yourself struggling to stay fit.

That’s why it’s called a discipline.

Work hard to find your new routines.  Don’t lie to yourself by saying stuff like “I can’t do that here.”

“I can’t find kale smoothies so I have to eat McDonald’s every day.”  “I can’t jog 5 times a week so I haven’t gotten off the couch for a month.”

Let comfort food (the literal and the metaphorical) be a nice treat . . . not a steady diet.

Nine:  Crawl In A Hole
You read it here first.  When you are frustrated by the overwhelming challenges of transition, one of the best things that you can do is hide.  Crawl into a hole.  Scurry under a rock.  Retreat to your cave.  Curl up on your couch and binge watch 90’s sitcoms.

But (you knew this part was coming didn’t you?)

Do it with a plan.

It get’s hard sometimes . . . and sometimes you need a break.  So take one . . . but before you crawl into a hole decide when you’ll be coming out.  Specifically.  Exact date and exact time.

Hiding is a great way to retreat, recover, refresh and recharge but you didn’t move all this way to watch Netflix.  You can do that anywhere . . . unless Netflix is blocked . . .

Go ahead and hide from reality . . . with a reasonable plan to re-engage it.

Ten:  Focus On Yourself
I see fabulous foreigners all the time who are the most sacrificial people in the world.  Sometimes they even wear it like a badge of honor.  “I haven’t had a day off in 6 months . . . I’ll rest when I die.”

Those people do one of two things.  They crash and burn OR they help create a culture where crashing and burning is inevitable (and sometimes celebrated) .

Flight attendants say is best, “In the unlikely event that we should lose cabin pressure an oxygen mask will drop in front of you.  Please secure your own mask before taking care of others.”

The point is NOT this — You are the most important person on board.

The point IS this — You can’t help anyone while you’re passed out on the airplane floor.

Want your kids to thrive abroad?  Your students?  Your co-workers? Want to build strong relationships?  Engage the culture? Learn the language?

Want to do this right?

Get your mask on and breath normally.

How about you?
Just getting started?  What have you learned so far? Been doing this a while?  What do you wish someone would have shared with you early on?

Read More
PrevPreviousTired Of The Same Old? Discover A Unique Night Out In Cuenca
NextMansión Alcázar: Elegance and Class in the Heart of CuencaNext
You may also like