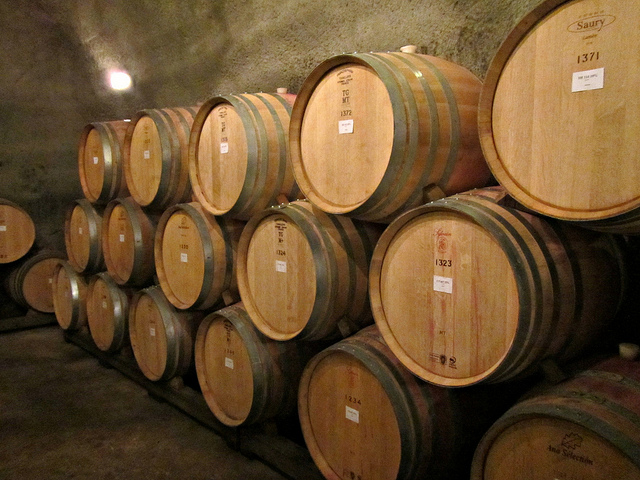 I have a bad attitude about white wine: it’s too sweet, it doesn’t pair well with my favourite foods, and I have a sneaking suspicion that it makes you fat. But if there were ever a way of reforming that, it would be under the guidance of sommelier David Kraft, whose regular food and wine tastings with chef Massimo Pinelli are an opportunity for expats to expand their knowledge and appreciation of wine.

“There is a wine culture in Cuenca,” Pinelli says, though it isn’t comparable to the one in Europe. But wine lovers can still find plenty of unique options here, including common varietals from unlikely places. Take Italian Chardonnay — it sounds almost oxymoronic to old-school sommeliers, but can be found by the bottle at Supermaxi. 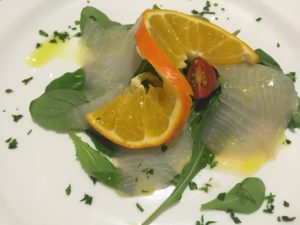 Thursday night, Pinelli and Kraft hosted a dinner of seafood and Italian whites, featuring smoked tilapia and salmon from Carolina Smokehouse. Pinelli says they will hold similar events once or twice a month, in a new restaurant space across the street from his popular Ristorante Trastevere, on Honorato Vasquez between Hermano Miguel and Presidente Borrero.

The standout dish was a tender, glutinous gnocchi de papas, paired with the best wine of the night, a mellow, oxblood rosé (Bolla Bardoleno DOC Classica). 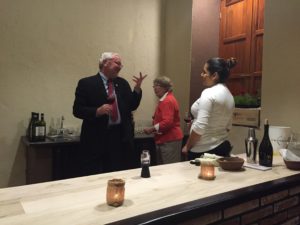 whites, were a challenge. When the sommelier mentioned notes of “petrol” in the Chardonnay, I balked, even though someone nearby was saying “pineapple and mint.” But the steady flow of wine energized the conversation (which was, of course, on inescapably expat-y subjects like our favourite beach towns on the coast, how far away we are from Maine lobsters, and the suspicious-looking things we’ve successfully brought through customs), and time passed quickly. My daringness grew with every glass, and from something I overheard at another table (“I don’t like white wine, but I like this”), I wasn’t the only person happily extending herself. 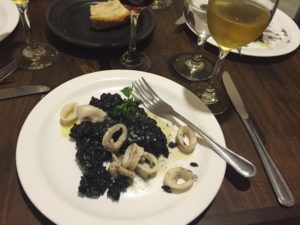 If you’re never sure what to buy at La Taberna, it might serve you well to attend an event like this, at least to help you get a sense of your preferences and to leave you with a few tips about how to store and serve wine. The Soave (SVIP Bolla Vino Blanco Soave), for example, needs to be decanted for at least eight hours before it’s palatable, and all white wine should be consumed within two to three years of bottling, with few exceptions. The selection was moderately priced, too; most of the bottles listed below can be purchased for less than $20.

For more information or to reserve a seat at the next event, contact Sandy at [email protected]

Anne-Marie Vettorel is a writer and videographer from Vancouver, Canada, currently based in Cuenca. She's a big fan of llapingachos and the J Balvin remix of Justin Bieber's Sorry. She can be reached at [email protected]